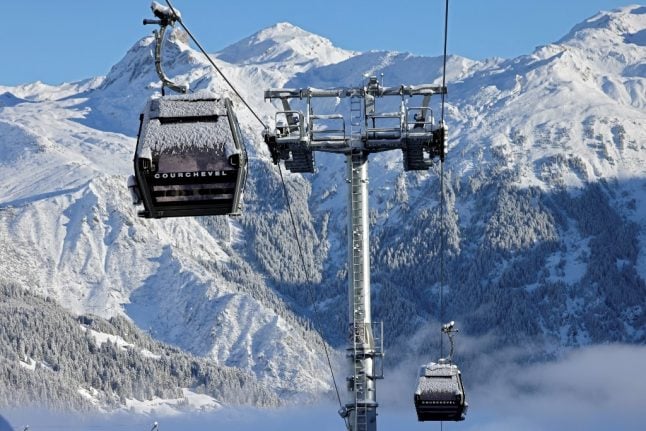 An empty ski lift hangs over a slope in the Courchevel ski resort in the French Alps. Photo: AFP

French Prime Minister Jean Castex on Thursday said the Covid-19 health situation did not permit lifting the current restrictions in place in France.

“We cannot lower our guard,” Castex said, in yet another live press conference where he and the health minister, Olivier Véran, detailed the road ahead. “It is out of the questions that we lift restrictions,” he said.

So here is what is happening instead:

January 11th – A 6pm – 6am curfew enters into effect in 10 extra départments if the government deems it necessary. There are already 15 départements – all in eastern France – under the earlier curfew while the rest of France is under a 8pm – 6am curfew.

January 20th – this was originally set to be the date that bars, cafés, restaurants and gyms could reopen, but the prime minister said this will no longer happen.

Instead, January 20th will be the day when the government reassesses the situation for all activities that at present have to keep closed. This includes bars, restaurants, cinemas, theatres, museums and other cultural establishments, gyms and ski resorts.

The government's original target was to have cases at 5,000 a day before reopening these activities. Case numbers are currently around 15,000 a day.

January 20th – this is also the date when the current nationwide 8pm to 6am curfew runs out, so the government will have to decide whether to extend it or not. Also on the schedule is the restarting of full-time in-person teaching in lycées, and then 15 days later in universities. At present both lycées and universities are doing a mixture of online and in-person teaching, while universities are limited to 50 percent capacity in lecture halls.

Early February – Ski resorts might be able to reopen if the Covid-19 situation has improved. At present the mountainous areas in the east are particularly hard hit by the virus. Winter sports businesses have been promised a decision by January 20th on whether they can reopen for the crucial February school holiday period.

Early February – Cinemas, theatres, museums and other cultural establishment could get to reopen as well if the health situation looks promising enough.

Mid February – This is when the government is envisaging a possible reopening of restaurants and bars, as well as gyms. Again, this will be dependent on how the virus evolves.

February 16th, 2021 – The current State of Health Emergency runs out.

The official state of emergency does not in itself have any effect on regulations, but the designation allows the government to impose sweeping restrictions on daily life – such as lockdown – and also reduces the need for parliamentary debate. If the French parliament agrees, the emergency designation can be extended from this date.

READ ALSO What does it mean that France has extended its State of Health Emergency?