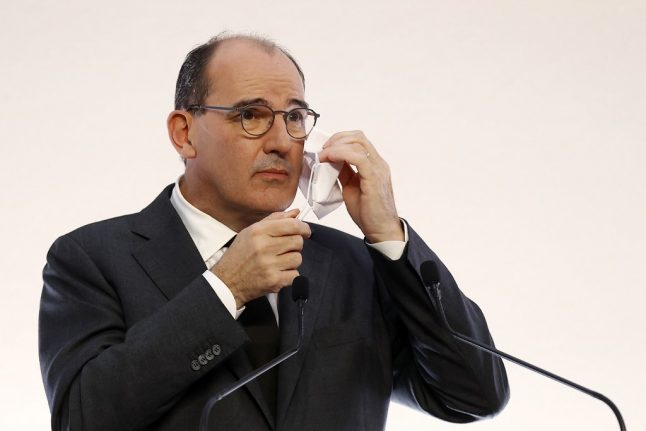 When France went into lockdown for the second time on October 30th, President Emmanuel Macron promised a review of the situation after two weeks.

Holding a press conference after the two-week review by top government ministers, Castex confirmed that the current lockdown rules will continue unchanged for at least the next 15 days, saying the country remained in the grip of an “extremely severe” second wave.

Castex said: “It would be irresponsible to ease or even relax the measures in place now.”

The second lockdown currently runs until December 1st, but the government said from the outset that it could be extended if the health situation so demanded. On Thursday the prime minister reiterated that bars, restaurants, cafés and gyms would likely stay closed into December.

Businesses including cafés and 'non essential' shops – those that were forced to close – had hoped for a relaxation of the rules, but as he presented the concerning latest numbers on Covid-19 cases and deaths in France, Castex said that it would be irresponsible to lift any of the limits at present.

“We could begin to ease restrictions as of December 1st,” he said.

But such an easing would only concern shops. “First steps cannot include establishments receiving the public such as bars and gyms,” Castex said.

“Of course we must continue to provide massive economic support to all the businesses that have been forced to close.”

Strict limits on trips outside of the home, and the need for permission forms (attestations), would be likely to continue after December 1st, he added.

Latest data shows that 42,535 Covid-19 patients have died in France since the start of the pandemic – 10,516 of those deaths occurred after October 1st.

Currently one person is hospitalised with Covid-19 every 30 seconds, and one person with the virus admitted into intensive care every 3 minutes.

One of four deaths in France at present is from Covid-19.

Castex added: “The pressure on our hospital system has strongly intensified.. Our hospital patient numbers have exceeded those at the peak in April.”

The government said it would increase the number of intensive care beds from 5,800 currently to 7,700 by the end of November 10th.

This will mean postponing and cancelling other, less urgent, medical treatments. However, he added that the lockdown, a milder version of that imposed on the country in the spring, was having noticeable effects with a lowering of movement of people. In total, 45 percent of employees in the private sector worked some days from home last week, 23 percent of these worked at home full-time.

For the public sector the number was 40 percent – school and law enforcement not included. Looking ahead to Christmas, Castex said that the government’s objective was to allow for “French family celebrations,” but Christmas would “not be as usual” this year.

“It is not reasonable to hope for big parties gatherings of several dozen people, especially on New Year’s Eve,” he said.

Questioned about whether long-distance travel would be allowed over Christmas, Castex said it was too early to say.

In a poll for French newspaper Le Parisien, 71 percent of people said they would accept lockdown continuing over Christmas if necessary.

High schools (lycées) were given permission to move up to half of their classes online – full details of those proposals here.