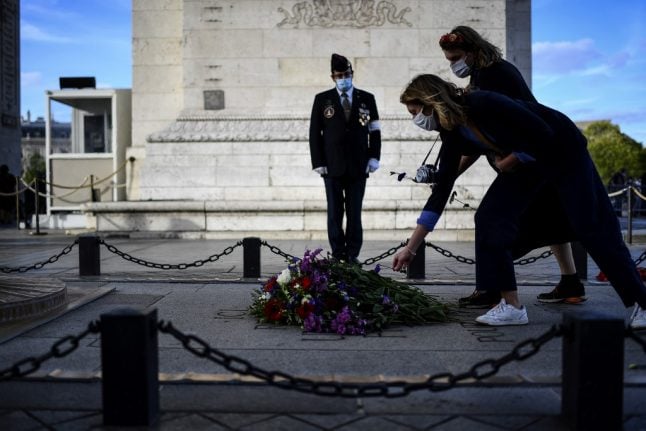 The tomb of the unknown warrior became a powerful and evocative symbol of the shocking loss of life in World War I.

But where did the idea of anonymous commemoration come from? And out of the some 1.4 million fallen French troops, and 900,000 British, how were the two soldiers chosen?

The idea of commemorating an unknown soldier emerged when the war was still at it height.

In 1916 English clergyman David Railton came across a grave marked “An Unknown British Soldier” in the back garden of a house when he was on the Western Front.

So many troops had been blown to bits or mutilated beyond recognition that they were impossible to identify.

Four years later Railton won the support of the Dean of Westminster, Herbert Ryle, who threw his energy into pushing through the idea of a memorial.

Another key supporter was the grief-striken author of “The Jungle Book”, Rudyard Kipling. His only son John – for whom he wrote the poem “If” – had been reported missing during his first charge in 1915 and was never found.

Kipling also came up with the line, “Known unto God”, which is used on the tombstones of hundreds of thousands of unknown soldiers.

Britain's unknown soldier was randomly chosen from six unidentified bodies exhumed from the battlefields of Flanders, Artois and Picardy in 1920.

Brigadier General L J Wyatt made the final choice from a group of stretchers covered with the Union Jack flag after apparently being blindfolded.

At the same time in France the remains of eight unnamed French soldiers were exhumed from eight battlefields across the country and collected in Verdun, where one of the war's bloodiest battles was fought.

The choice was made by a 21-year-old private, the youngest survivor of his regiment, the 132nd, who had fought at Verdun, and who had also lost his father in combat.

Not knowing what to do, he added the numbers of his regiment together and chose the sixth coffin.

The British unknown soldier was buried in Westminster Abbey at 11am on November 11th, 1920.

“Beneath this stone rests the body of a British warrior unknown by name orrank…” begins the engraving on the marble tombstone.

At the same time, the French soldier was taken to the Arc de Triomphe for a similar ceremony. But his remains were not actually buried there until January 28th, 1921.

An eternal flame burns by the tomb and its marble slab bears the inscription: “Here lies a French soldier who died for the homeland 1914-1918”.