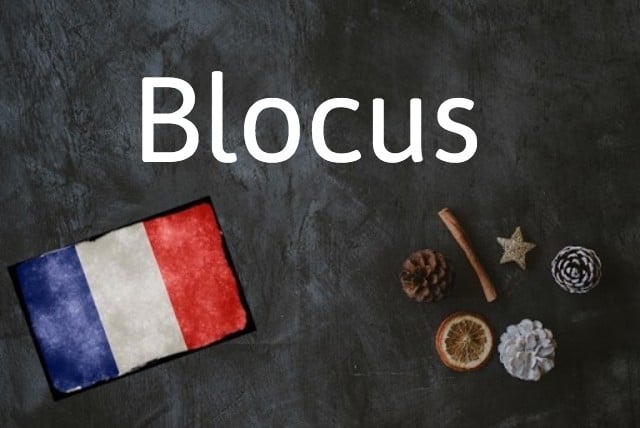 Why do I need to know blocus?

Because it's key to understand French strike culture, which – if you follow France's news – will know is crucial to the country's identity.

Blocus translates to 'blockade', and is an old war concept where military would block strategic entries or passage points in order to weaken the enemy by cutting off resources such as food or arms.

Today in France blocus refers to less dramatic actions such as physically blocking entries to factories during strikes or protest actions.

To demonstrate their solidarity with the strike action, some high schoolers staged un blocus by piling trash cans outside the school to block the entry.

Clashes between police and high schoolers in Paris this morning during a planned teacher's strike to protest the current health measures in place in the country's schools. https://t.co/IMZPTP5Zmx

Seeing a blocus in action for the first time can be slightly shocking for foreigners not used to that level of militant spirit.

When organised in French schools, pupils usually gather outside the establishment, chanting slogans, carrying placards, themselves physically blocking the entry. A high school blockade in Paris, back in 2013. Photo: AFP

Ca part en blocus, je crois. – I think it's headed towards a blockade.