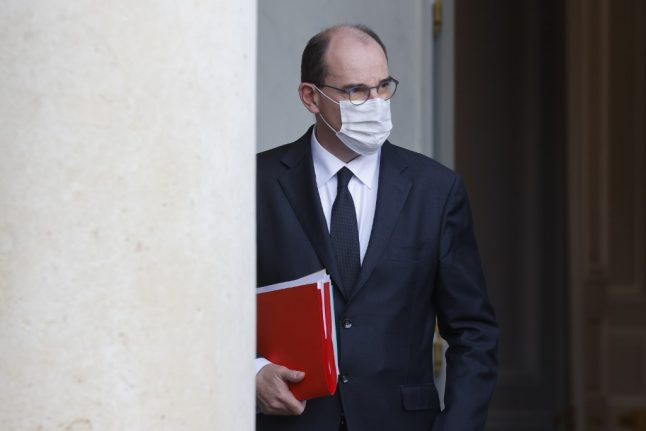 For the past week the whole of the greater Paris Île-de-France region and the metropoles of Lille, Lyon, Saint-Etienne, Grenoble, Aix-Marseille, Montpellier, Rouen and Toulouse have been the subject of a 9pm to 6am curfew.

On Thursday, Prime Minister Jean Castex announced that this measure would be extended to cover 38 new départements, starting at midnight on Friday/Saturday.

The new rules will cover a total of 54 of France's 96 mainland départements – and approximately 46 million people – and will continue for the next six weeks.

MAP: These are the areas of France under curfew

Castex said: “Let’s say it clearly, the situation is serious. It’s serious in France and in Europe.

“These past days the situation has continued to deteriorate.

“The number of cases has trebled over the past week and the number of deaths continue to rise.”

The rules for the curfew in the new zones will be the same as those already in place in Paris and other cities – people only allowed out of their homes for essential reasons between 9pm and 6am and every trip out of the home during that period requiring a permission form.

During the first week of curfew, Castex said that 32,033 police checks had been made and 4,777 fines issued.

Castex added: “If we do not collectively succeed in curbing the epidemic, we will have to take tougher measures.

“We still have time to avoid that, but there is not much time left.”

The government also relaunched their Covid-19 app as TousAntiCovid, developed after the former app – StopCovid – flopped.

StopCovid was “not downloaded enough times to be an effective tool in the fight against the coronavirus,” Digital Affairs Secretary Cedric O said. “It was a missed opportunity.”

“This is only useful if a lot of people use it,” he said, urging all French to download the relaunched app as a “supplementary health barrier gesture” to protect them from the virus.

“If you have crossed paths with a person who is infected with the virus and both of you have the app, you will be alerted as soon as that person receive their test results,” he said.

For more details on how to find the app and how it works – click here.