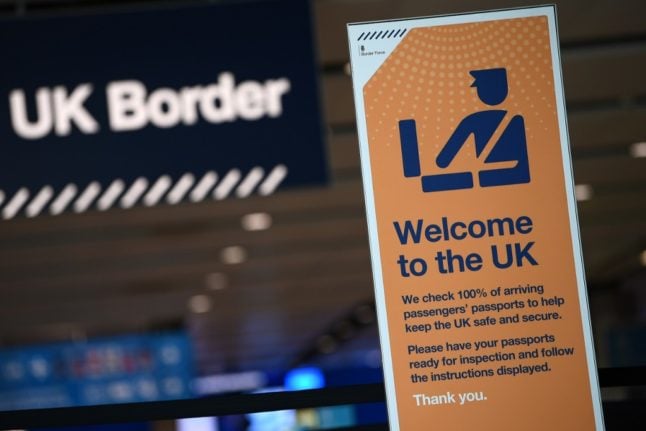 Brits may be 'locked out' of the UK if their EU partner can't meet income requirements. Photo: AFP

While British people who move to live within the EU before December 31st 2020 are protected by the Brexit Withdrawal Agreement, this doesn't cover family reunification rights if they want to return to the UK.

So if British people now living in the EU and married to an EU national want at some point to return to the UK, their EU spouse will be subject to the UK's strict new immigration rules.

These include language and income requirements and mean that some British people face having to make a choice between their family in the UK and their European partner or spouse – those who return to the UK to care for family members for example may struggle to meet income requirements.

The citizens' rights group British in Europe has been supporting an amendment to the Immigration Bill that would allow Britons established in the EU before the end of the Brexit transition period to maintain the right to return to the UK with their European family members without them being subject to strict immigration rules and means tests.

However the amendment was defeated by a vote in the House of Commons on Wednesday.

A spokesman for British in Europe said: “We are of course disappointed by the result, and appreciated the support of all the peers who spoke up for us and especially Baroness Hamwee, who put the arguments so well and the amendment to a vote again.

“Obviously the government recognises the unfairness of this change, otherwise they wouldn’t have agreed to a grace period at all, although a three-year grace period that starts before the rules have changed is a nonsense!

“We simply don’t understand why the rules could not remain unchanged for a finite group of people for a finite and fair period and only for pre-existing family members as we asked.

“But this is also a wider issue about the fairness generally of the minimum income requirement for all those affected and we are very glad that Baroness Hamwee alluded to that too.”

Unlike most new Brexit rules, which come into force at the end of the transition period on January 1st 2020, the new immigration rules for the EU family members of British people living in the EU have a grace period – they will not come into effect until March 2022.

It means that many British people living in the EU, especially those with ageing family members back in the UK, may now need to have serious conversations about where they see their long-term future.

Although the Brexit Withdrawal Agreement gives many guarantees for people to be able to stay in the country they are currently living in, it doesn't cover any onwards moves to another EU country and it in effect 'locks out' many Britons from returning to the UK, unless their EU partners can fit the new immigration criteria.