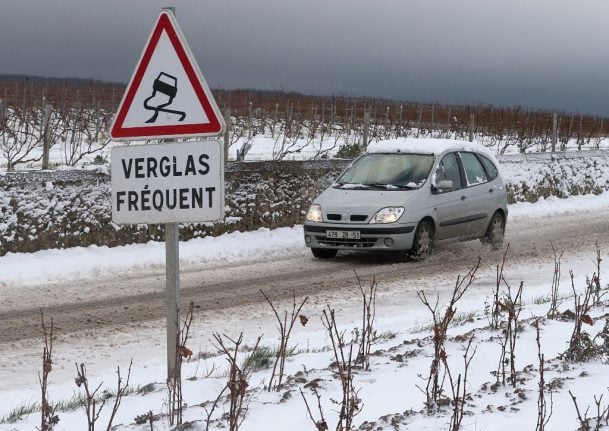 Driving on icy roads with summer tyres might soon been banned in some areas in France. Photo: AFP

A new government decree gives local authorities in 48 of France's 96 mainland départements the power to impose rules requiring winter tyres from November 2021, when the rules enter into effect.

The head of “the département decides … the list of municipalities where obligations regarding vehicle equipment applies during the winter period,” the decree states.

The winter period begins on November 1st and end on March 31st.

Until now, winter tyres have been voluntary in France, except in special, indicated cases. This is contrary to many other European countries where they are mandated by law.

The new rules will change this in certain areas, especially mountainous parts of France where roads become icy and slippery in the winter.

The decree does not say which 48 départements are concerned by the new rule.

It does however add that some lighter vehicles (of the categories M1 and N1) can opt for chains instead of winter tyres.

Local authorities may also make localised exemptions on certain roads and sections of roads, according to the decree.