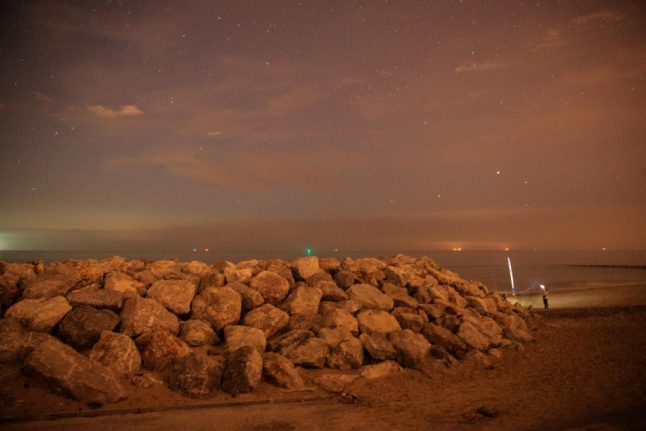 The body was found on the beach at Sangatte, near Calais. Illustration photo: AFP

The man, thought to be aged between 20 and 40, likely drowned while trying to cross the Channel, Boulogne-sur-Mer prosecutor Pascal Marconville told AFP.

“There were lots of crossing attempts” overnight to take advantage of fair weather, he said.

Local authorities issued a statement suggesting the man may have been Iranian and saying they were investigating the circumstances of his death.

On Saturday they reported nine thwarted attempts at crossings involving 201 migrants, while 102 others succeeded in reaching Britain aboard seven vessels.

Early Sunday evening, 65 migrants including four women and five children were rescued at sea, with one suffering from severe hypothermia.