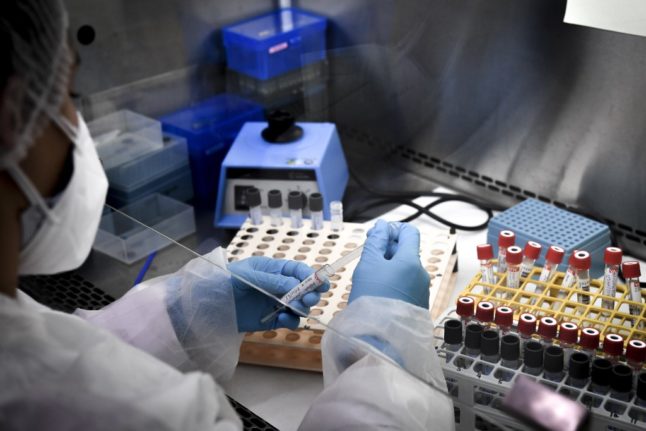 France's public health agency said that a total 30,621 confirmed cases of Covid-19 had been detected in the past 24 hours, a record daily total.

The number of people who have died from the novel coronavirus over the same 24-hour period stood at 88, bringing the total number of deaths in France since the start of the pandemic to 33,125, the agency said.

The positivity rate – the proportion of positive tests out of the total number of those tested – rose to 12.6 percent on Thursday from 12.2 percent on Wednesday.

Santé Publique France also warned of a 'very worrying' rise in cases among the elderly, with a 64 percent increase in the number of cases recorded in the 65-74 and over 75 age groups in just one week.

Cases remain highest among the young, but older people are more likely to suffer complications and need hospital treatment.

The agency wrote in its weekly report on Thursday: “This transmission among the elderly continues at high levels and suggests that the increase in hospitalisations and deaths will continue in the coming weeks.

“The greatest vigilance must be maintained with people at risk, particularly the elderly, given the vulnerability of this population in which the greatest number of deaths due to SARS-CoV-2 occurs”.

If the current dynamic continues, the agency estimates that “the weekly number of new patients admitted to hospital will double in 26 days”.

Heath minister Olivier Véran, speaking on France 2 on Thursday evening, added: “Currently one person is admitted to hospital because of the virus every minute. And every six minutes a Covid-19 patient is admitted to intensive care.”

President Emmanuel Macron on Wednesday ordered a nighttime curfew for the Paris region and eight other French cities to contain the spread of Covid-19 as the daily new infection rates reached alarming record levels. The curfew comes into effect on Friday night. For a number of days now, the number of people admitted to intensive care has also been rising, from 171 new patients on Monday to 226 on Tuesday, 193 on Wednesday and 219 on Thursday, the data showed.

The number of daily hospitalisations rose to 1,741, 77 more than the day before.

Health minister Olivier Véran said that France currently has some 5,800 beds on intensive care wards, but provisions are in place to create new temporary ICU beds if they are needed.

At the height on the pandemic at the start of April, more than 7,000 coronavirus patients were in intensive care. The number fell sharply until the end of July, but has been on the rise again since then.

As well as the curfew, the French president announced the 'rule of six' – which applies to the whole of France, not just curfew zones, and limits the numbers of people at private social gatherings – the first time since lockdown ended that France has brought in measures concerning the private sphere.

READ ALSO What you should know about the 'rule of six'