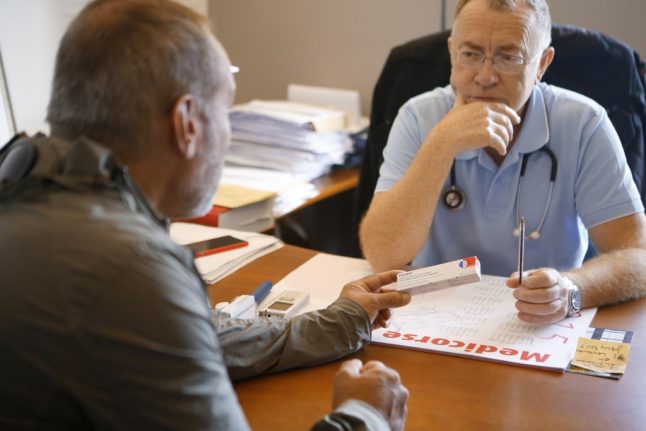 Several people who are already registered with the French healthcare system and have a carte vitale were alarmed to note their certificates of health cover all expired on December 31st.

When querying it, they were told that this was due to Brexit and local health offices were awaiting further instructions.

Healthcare has been a major concern for many British residents, particularly in 2019 when a no-deal exit loomed and thousands of British pensioners faced the prospect of having to either pay for expensive health insurance or lose health cover.

That threat receded once the UK exited with a deal, and the Withdrawal Agreement guarantees health cover for all British people already resident by December 31st for the rest of their lives.

However, when Lot-et-Garonne resident Sue Jarvis went to download her attestation des droits – the certificate that shows you have health cover in France – she was alarmed to note that it gave her just three months' cover and expired on December 31st, 2020. Normally the attestation covers one years from the date it is downloaded.

She said: “We have a network of friends and one of them sent a round robin email on October 3rd to say that there might be a problem with Lot-et-Garonne and our carte vitales because suddenly an end date of December 31st 2020 for our attestations de droits had appeared on the Ameli website. I checked our own account and sure enough that is what I found.

“So I contacted Ameli through their messaging site was told that my documents indicated a limit date. When I enquired further I was told this was Brexit related and they were awaiting further information.”

Several other British residents, mostly pensioners who are covered by the S1 scheme, reported a similar issue.

As well as the problem of not being covered for any treatment required, proof of health cover is necessary to secure residency for some groups, including pensioners.

However after enquiries from The Local, a spokesman for assurance maladie, the French state healthcare system, reassured British residents that their cover will continue.

Communications Head Léo Leroy said the problem had arisen because of ministry guidance issued to local offices at an earlier stage in the Brexit negotiation process which instructed them to limit the date on attestations.

However this problem has now been rectified and new guidance has been issued.

He said: “Under Article 30, for persons who have been resident before December 31st 2020 and who continue to be in that situation after that date: the provisions of the European coordination regulations are applicable to them without any time limit, provided they continue to be in a cross-border situation.

“In the case described: a British national living in France before December 31st 2020. This person will continue to benefit from the right to French health insurance after December 31st 2020, as long as he or she resides in France.

“Since October 7th 2020, the Ministry has given new instructions: no longer limit the validity date of entitlement forms to insured persons whose link with the United Kingdom is prior to December 31st 2020. The validity of the form must now be set according to the duration of the situation (permanent residence, stay, secondment etc.).”

In August a British man living in Moselle was incorrectly told by his local benefits office that his residency was about to expire while later in the summer job adverts appeared in ski resorts saying that British people could not apply due to the uncertainty over their status.

Speaking to The Local about the residency issue, Kalba Meadows from the citizens' rights group France Rights added: “We have heard of isolated cases around uninformed officials giving people the wrong information.

“The best thing for someone in that situation to do is to point to the French government Brexit website where it's clear that Brits aren't required to hold a carte de séjour until after the grace period [July 2021].”

You can also find full information on the situation with residency, healthcare, pensions and travel on our Preparing for Brexit section.