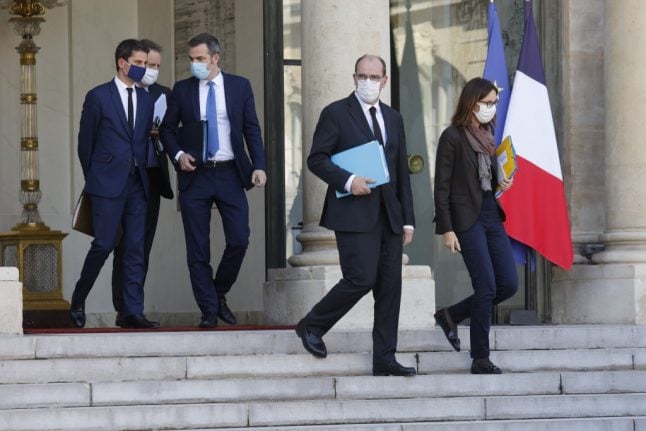 The permission slip was a feature of daily life during the lockdown, when every trip outside the home required a signed, timed and dated form stating your reason for being out.

Now as France prepares to introduce a nighttime curfew in nine French cities, the forms are coming back.

The curfew will be introduced at midnight on Friday (or 00.00am Saturday as Castex clarified) and concerns the entire greater Paris region of Île-de-France and the metropoles (cities and surrounding urban areas) of Lille, Lyon, Grenoble, Aix-Marseille, Toulouse, Rouen, Saint-Etienne and Montpellier. The curfew will run from 9pm to 6am for a period of four weeks – six weeks if the French parliament approves the extension the government has asked for.

The only reason to be out during curfew are;

People out for those reasons will need an attestation similar to the ones required for trips outside the home during the lockdown. This will be published shortly on the French government website, said the prime minister.

The form will be made available to download onto a smartphone or handwritten versions will be accepted.

People caught outside during the curfew without an attestation or who do not fit into one of the exception categories face a €135 for a first offence, rising to a maximum of €3,750 or a six-month jail term for repeat offenders.

Interior minister Gérald Darmanin said: “12,000 police and gendarmes will patrol each night between 9pm and 6am to ensure that people comply with the new rules.”

The prime minster stressed that the new rules were necessary because of the “sudden and spectacular” deterioration of the health situation, particularly in the big cities.

He reiterated Macron's request for people to limit their social activities, saying: “As we have a limit of six people in place for gatherings in restaurants, so we ask that people respect that limit in their own homes as well.”

Macron introduced the 'rule of six' in his speech, saying that private gatherings should not exceed six people, although this is a request rather than an order and there are no penalties in place for disobeying the rule.

The rule of six applies throughout France, not just in curfew areas.

READ ALSO How does France's 'rule of six' work?

Health minister Olivier Véran laid out the latest on the testing situation, saying that France has placed an order for the new fast-turnaround antigen tests.

These are nasal swabs like the PCR tests, but give results in 10 to 30 minutes.

Véran said France had a pending order of 5 million and they would be available in the “coming weeks”.

France is now testing 1.3 million people a week, but over the summer struggled to process results in time, with some people waiting up to 10 days for their results.

Véran said that 91 percent of people now get their test results within 48 hours, and the coming antigen tests would help speed up the process further.

He said the antigen test will not replace the PCR test, but can be used in situations where a quick result is an advantage, such as testing at airports.

The recommendation is for those who can to work from home. Macron in his speech said he would not be introducing a rule on this, pointing out that home-working (télétravail in French) was convenient for some, while for others – for example those living in small homes with young children – it was very difficult.

However, following complaints that some companies were putting pressure on employees to be in the office, Labour Minister Elisabeth Borne said she would hold discussions with unions and businesses in curfew zones, suggesting that two or three days a week of remote working would help reduce crowding on public transport.

She said: “I will ask businesses, and especially those in curfew zones, to define a minimum number of days of remote working, for those who can work from home.”

Business support
Economy minister Bruno Le Maire outlined the support available to businesses in any of the nine curfew zones, acknowledging that the measures would be difficult for many.
The solidarity fund will be made available to all companies in curfew zones with less than 50 employees, “regardless of the sector to which they belong,” Le Maire said.
Since the government finished easing lockdown in June, only certain types of businesses such as tourism businesses had qualified for the fund.
All businesses in curfew zones will be able to apply for grants, which go up to €1,500 maximum – €10,000 maximum  for the tourism or hospitality sectors, such as bars and restaurants – if they had lost more than 50 percent of their average income that month (down from 70 percent previously).
EXPLAINED: The economic help schemes that businesses and the self-employed in France can now benefit from
Le Maire also specified that the comparison would be the three best months of 2019, rather than the annual average or the same month the previous year, as was the case until now.
Special government-backed bank loans will be extended and made accessible until June 2021.