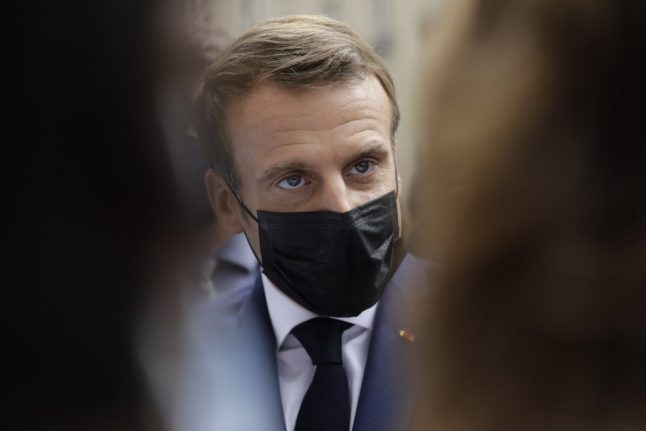 Emmanuel Macron will be on TV on Wednesday evening. Photo: AFP

When the president's Elysée Palace announced the TV appearance, it lead to a flurry of speculation that the country was headed back into lockdown, or that strict new rules were about to be announced.

The Elysée was keen to stress that this will be an interview, in which Macron will be answering questions from two French journalists, rather than an allocution solonelle – a solo address to the nation.

Macron's address to the French people on March 16th – when he declared Nous sommes en geurre (we are at war) and declared a nationwide lockdown beginning the following day – was an allocution solonelle.

This time Macron will be talking, the Elysée says, about the pandemic and its economic and social effects on the country and answering questions from the journalists.

But it's still possible that he will announce new measures, or that new measures will be announced earlier and he will explain and justify them.

So what could be announced?

READ ALSO How bad is the Covid-19 situation in French hospitals compared to March?

France had one of the strictest lockdowns in the world in March and April, when everyone was confined to their homes and allowed to leave only for essential purposes with a permission form. The lockdown was rapidly followed by a sharp drop in the number of Covid-19 patients and relieved the pressure on hospitals, so the French government knows that this measure works.

On the other hand, it did major damage to the French economy and Macron and other political figures have repeatedly said that another national lockdown would be an absolute last resort.

However, local lockdowns in particularly hard hit areas have not been ruled out, and Prime Minister Jean Castex this week said this was an option if things did not quickly improve in especially hard-hit areas.

We already know which areas of France have the worst health situation thanks to the government's 'shades of red' map, so can see where local lockdowns would be likely, if the government goes down this road. Paris, where hospitals have been sounding the alarm for some days, would almost certainly be included.

MAP Which areas of France are on the highest Covid-19 alert levels?

The French newspaper Le Point says its sources say that a curfew is being considered, either for 8pm, 10pm or 11pm for high risk zones – including Paris and Marseille. Citizenship Minister Marlene Schiappa when interviewed on LCI said that “nothing had been ruled out” including a curfew.

The French overseas département of French Guinea already has a curfew in place, but it has so far not formed any part of health restrictions in mainland France.

There were also unconfirmed reports in the French press that the government were considered a decree that would could see “a state of health emergency” declared either nationally or in the worst hit areas of the country. Under France's four level alert system the highest level is “state of health emergency” but up until now no region or département has been placed on this level of alert.

What this would mean in reality for a city like Paris is unclear however.

France declared a national state of health emergency in March which allowed the government to introduce tight rules on movement of people and forced them to stay at home.

If the government passes a new decree declaring a state of emergency again it's a sign that tough new restrictions will be imposed.

So far France has concentrated its restrictions on public spaces such as bars, although both Castex and the Health Minister Olivier Véran have asked people to scale back socialising in their own homes.

On Wednesday night Macron is expected to tell the French public the maximum number of people they should meet with in private at home.

READ ALSO Social bubbles: Why does France have no Covid-19 restrictions on private social events

Stricter rules are, however, now being considered by the Scientific Council which advises the government.

So far France has not considered checks on private social contact such as the UK's 'rule of six' or the 'social bubbles' brought in Belgium. The French government briefly attempted to impose a 10-person limit on public and private gatherings back in May, when the lockdown was gradually being lifted, but the private restriction was declared unconstitutional.

Since the schools returned in September, a hefty percentage of 'clusters' of Covid-19 cases are linked to schools and universities. The government has imposed restrictions on universities – lecture theatres can only be half full and student parties are banned in risk zones – but not so far on schools.

A full closure as happened in the spring seems unlikely, Macron has repeatedly said that closing schools damages the educational chances of children and increases inequality, so this would be a last resort.

France is currently operating an 'alert zone' system, in which each area is given a rating based on the number of cases and the situation in local hospitals. Different alert levels bring different restrictions and at the highest level – maximum – this involves closing gyms, community halls and bars, but not restaurants.

There is currently no restriction on going to work, although working from home is strongly recommended by the government if it is possible, and no restriction on the use of public transport systems. Any of these restrictions could be tightened up.

After the spring lockdown was lifted, people in France were still not permitted to travel more than 100km from their home. This limit could be reintroduced, or people in high-risk zones could be banned from travelling to other areas.

The Toussaint school holiday starts on October 17th and is traditionally a time when people travel to see family. Although the health minister is warning people not to visit elderly or vulnerable relatives, the Tourism Minister Jean-Baptiste Lemoyne has been encouraging people to book October breaks in order the help the country's struggling tourist industry.

This would seem to suggest that a national travel ban is unlikely, but it wouldn't be the first time that not all the government's ministers were singing from the same hymn sheet.

France at present does not have any restrictions on people entering from within the EU (including the UK) although travel from many countries outside Europe – including the USA – is still largely barred.

Many of France's neighbours including Germany and Switzerland have introduced compulsory quarantine or testing for arrivals from some or all parts of France, but so far France has not brought in any similar measures.

READ ALSO Which countries impose quarantine and compulsory testing on arrivals from France?

Instead, the country's Europe Minister Clément Beaune seems focused on a push to harmonise restrictions for travellers within Europe. He said: “I am proud that, on France's initiative launched in August, we have adopted, at the Council of European Affairs Ministers, an agreement on the coordination of health measures to deal with the Covid-19 epidemic.

“This agreement makes it possible to avoid border closures and gives priority to the least penalizing health control measures, such as testing.”

So while testing could become standard for all arrivals, it seems unlikely that France will be shutting its borders again in the near future.

Macron will be speaking at 7.55pm French time on Wednesday and the interview will be be broadcast on France 2, TF1, Franceinfo, LCI, and TV5 Monde. We will be covering the speech live here. 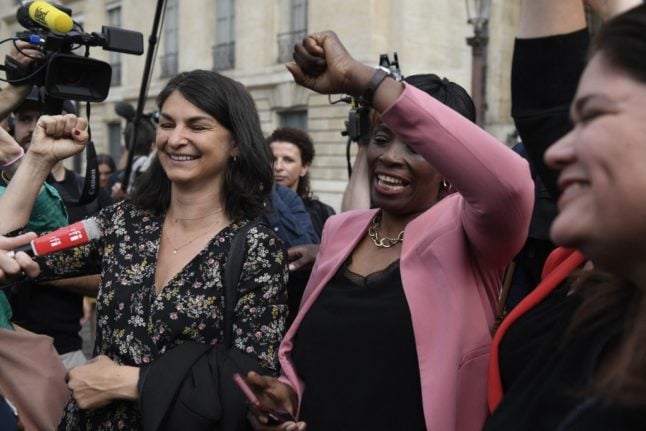