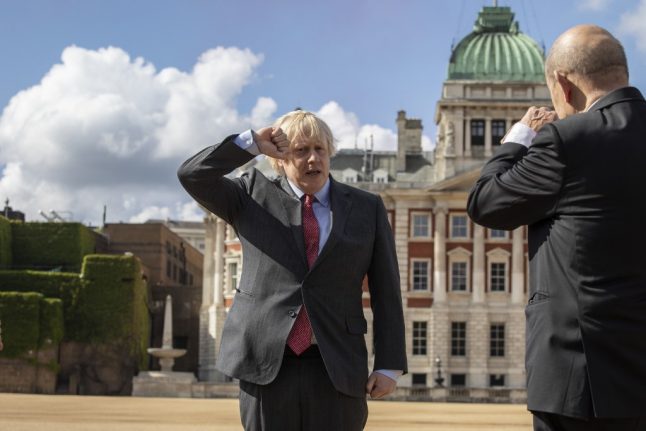 “As things currently stand, the hypothesis of a 'no deal' is a very real one, and also one that is unfortunately very likely today,” Le Drian told the foreign affairs committee of the National Assembly.

He took an apparent swipe at British Prime Minister Boris Johnson, who has been accused by critics of posturing and even lying to push Brexit.

“That is to say that between October 15 and mid-November, everything should be played out,” he said. “We are prepared for all eventualities.”

The 27 EU leaders are to meet in Brussels on Thursday, the date that Johnson has set as the deadline for a breakthrough.

On September 7, Johnson said “there is no sense in thinking about timelines that go beyond that point” and warned that he would pull the plug on talks.

The EU has never recognised the ultimatum, but EU negotiator Michel Barnier has previously warned that if there is no outline of a deal before the end of October then it would be procedurally difficult for member states and the European Parliament to approve it this year.

“The date of October 15, it's Prime Minister Boris Johnson who announced that, it is not the position of the European Council which is meeting on Thursday and Friday,” Le Drian said.

Johnson will talk to EU chief Ursula von der Leyen on Wednesday, ahead of the summit.

Britain left the European Union on January 31 and it will leave the EU single market and customs union on December 31 after an 11-month transition period.

If there is no negotiated trade agreement between the former partners, Britain's commerce with the continent will revert to the bare bones of WTO rules — which could cause great economic and transport disruption.