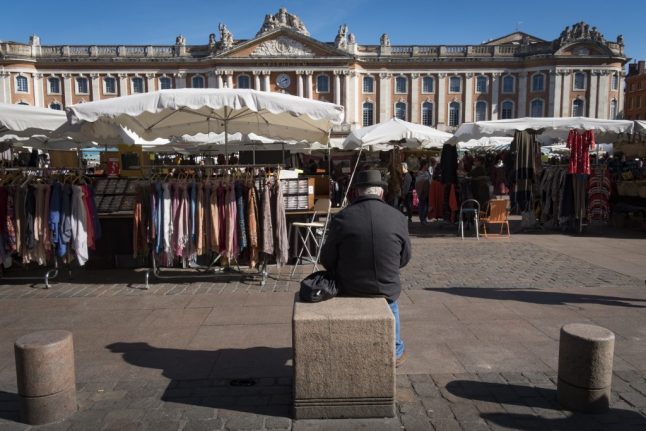 French Prime Minister Jean Castex, speaking on France Info on Monday morning, warned: “The French were a little too quick to consider that this virus had disappeared.

“The reality of the second wave is here – there can be no more slackening.”

France's health minister Olivier Véran in his weekly briefing on Thursday warned that both Toulouse and Montpellier were in danger of exceeding the thresholds set by the government to be declared maximum alert areas.

The maximum alert designation brings with it a string of restrictions including the closure of all bars, gyms and sports centres and a limit of 10 people at gatherings in public places. Restaurants and cafés, however, can stay open.

But the prime minister said too many people were failing to appreciate that “the second wave is here,” and pointed to Paris and its suburbs, where agents carried out some 500 checks over the weekend to ensure bars were closed as ordered and restaurants were ensuring social distancing measures

“In 95 cases, the agents had to hand out fines,” Castex said.

He also appealed to French people to limit private gatherings in their home.

France's Covid-19 rules limit gatherings in public places to 10 people, but there is no such limit for gatherings a home.

“I ask that barrier gestures be respected in private as well as in public space.”

His words echoed those of the health minister, who on Thursday said people should not be having “multiple dinner parties” in their homes.

READ ALSO Social bubbles: Why does France have no Covd-19 laws on events in private spaces?

In a attempt to avoid another nationwide lockdown, France is operating a series of local restrictions, based on the alert level assigned to each area.

An area is declared a maximum alert zone once it has passed three criteria; more than 250 cases of Covid-19 per 100,000 people, more than 100 cases per 100,000 of people in vulnerable groups and pressure on local hospitals with more than 30 percent of intensive care beds occupied by Covid-19 patients.

Marseille was the first area to be placed on this alert, followed by Paris, while Lille, Lyon, Grenoble and Saint-Etienne were declared on maximum alert on Thursday. On Monday it was announced that Marseille's alert level has been extended until October 27th.

The measures are introduced for 15 days and then the situation is reviewed.

Alert levels are assigned on a metropole basis – the city and its surrounding urban areas.

The new measures come into force on Tuesday, October 13th.

Castex also added that a new version of France's contact tracing app StopCovid would be released on October 22nd.