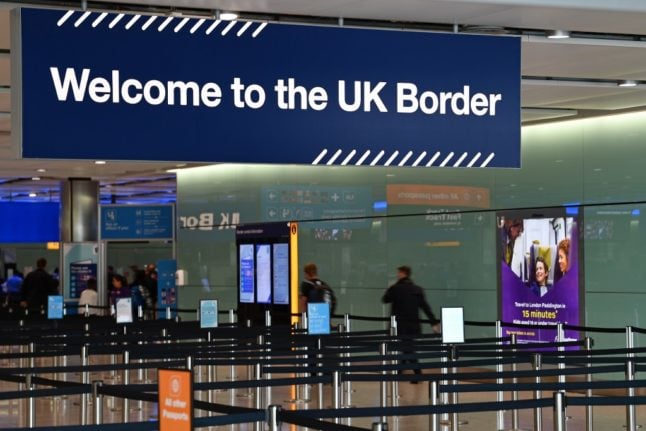 Immigration is a very sensitive issue to British people, and minds can become inflamed by stark headlines that bear little resemblance to the truth in many cases. One specific area, and a potential casualty of future legislation is family reunification.
While the government talks of “tightening up” immigration rules, and “the removal of loopholes”, there is great danger in blanket legislation resulting in more unintended human casualties.
As was mentioned in the article on 5 October (Key victory for family rights of Britons returning to the UK from EU) the Immigration Bill potentially locks many Britons out of the UK because they would not be able to return home with their non-British partners in the future (The current deadline date is March 29th 2022).
Basic rights, such as those related to family reunification, should be able to withstand the assault of populism, otherwise they become nothing more than temporary arrangements.
'It is inhumane to force people to choose between which parents to support'
British citizens living in the EU have moved to live, love, study, take jobs, build businesses in the EU27, on the understanding that these rights were inviolable.
Without British in Europe's amendment 11, the Immigration Bill would impose severe restrictions affecting family reunification. Who could have foreseen these restrictions or conditions on returning to live in the UK, especially when Michael Gove claimed that “All your rights, all your privileges are carried on and respected”?
As can be seen from Hansard, families will be faced with impossible choices, as in the example of an elderly lady living in the UK, expecting to receive support in the form of part-time care from her daughter, who would be prepared to give it, provided her French husband were allowed to move with her to Britain.
How do you advise a couple currently living in the EU, one British and one an EU national, both with elderly parents, one side of the family in the UK and the other in an EU country? They will be faced with an impossible choice: not just where they should live after March 2022, but which parents they must decide to care for. It is surely inhumane to force people to choose between which parents to support?
'Prospect of separation from family is unbearable'
Our families are multi-generational. A lot of young British people already have diminished rights as they are only covered by the Withdrawal Agreement as family members in some EU states. Those who have grown up in the EU are even more likely to have EU rather than British partners. They are being punished several times over, yet we are supposedly a global society!
Looking at the financial requirements of the Immigration Bill; the minimum income requirements (MIR) are so demanding that as many as 40% of UK workers could not even reach them, and the non-British partner’s income can be taken into account only after six months, assuming he or she can get to the UK in the first place.
Older UK citizens living in the EU may be unable to reach the minimum income threshold. This would be discriminatory towards UK citizens living in the EU, imposed retrospectively on citizens who had no expectation that this choice might lie ahead.
We must not confine our consideration to just the financial impacts of separation, but the emotional, mental and physical hardship. If you want to bring elderly parents back to live in the UK, they are likely to be so much in need of care that they would probably be unfit to travel.
The prospect of separation from family is for many, unbearable, yet, many are faced with making this stark choice – whether or not to return to support elderly relatives whilst leaving their own families behind.
'Brits are being exiled from the land of their birth'
This cannot be the true intention of this legislation, as it would be wrong and deeply unfair to put a deadline on British citizens living in the EU returning to the UK with their families.
The reality of the Government’s current position is to exile this finite group of British citizens from the land of their birth. Unless the end date is removed from the Bill, this right will be removed on 29th March 2022, creating impossible choices for thousands of families.
I can do no better than close with the wise words of Lord Judd: “Do we want to be a society based on compassion and concern, or to become a nation without a beating heart on humanitarian issues of this kind?”
Brexpats Hear Our Voice campaigns for the preservation of the rights of British nationals in the EU as well as support EU citizens in the UK