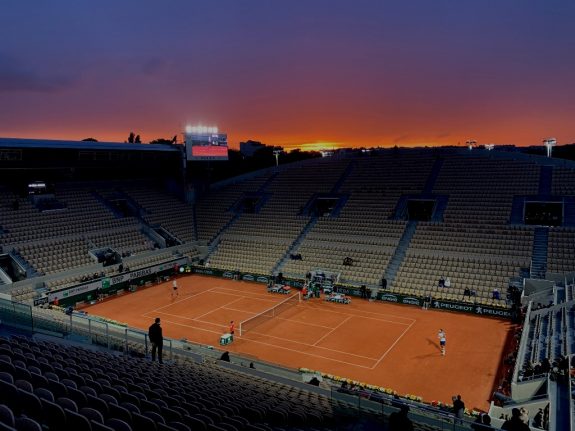 The delayed French Open tournament is on now at Roland Garros. Photo: AFP

“It's a first-round match featuring players that are not well-known,” a source within France's National Gaming Authority (ANJ) told AFP on condition of anonymity, without specifying which match was targeted.

French sports daily L'Equipe and German newspaper Die Welt reported that the match in question was the first-round encounter on September 30th between Romanian pair Andreea Mitu and Patricia Maria Tig and opponents Yana Sizikova of Russia playing with US player Madison Brengle.

Suspicion surrounds the fifth game of the second set which the Romanian duo won by love after Sizikova served two double faults.

Prosecutors said they were probing alleged “fraud in an organised group” and “active and passive corruption in sport”.

A source within the investigation said the bets placed on the match were “abnormally large” and amounted to “tens of thousands of euros”.

The source within the ANJ said the authority had not detected any anomalies in the French gambling market.

“They must have been afraid to bet in France. They tried to spread the bets around other markets but the betting industry bodies know how to do their sums,” the source said.

The ANJ received information about the suspicious betting activity from private operators and were also alerted by the Global Lottery Monitoring System and by the Council of Europe's Network of National Platforms, which combats manipulation of sports competitions.

The Tennis Integrity Unit, the sport's anti-corruption body, said it would not comment on the investigation “in line with our policy of operational confidentiality”.

Tennis has battled match-fixing in the past, but organised groups normally target lower-level tournaments and not Grand Slam events like the French Open.

In January, former top-100 player Joao Souza was banned for life and fined $200,000 for match-fixing and other corruption offences.

An investigation found the Brazilian fixed matches at ATP Challenger and ITF Futures events in Brazil, Mexico, the United States and the Czech Republic, the anti-corruption body said.

Souza, who reached a career-high ranking of 69 in 2015, also failed to report corrupt approaches, destroyed evidence and “solicited other players to not use best efforts”.