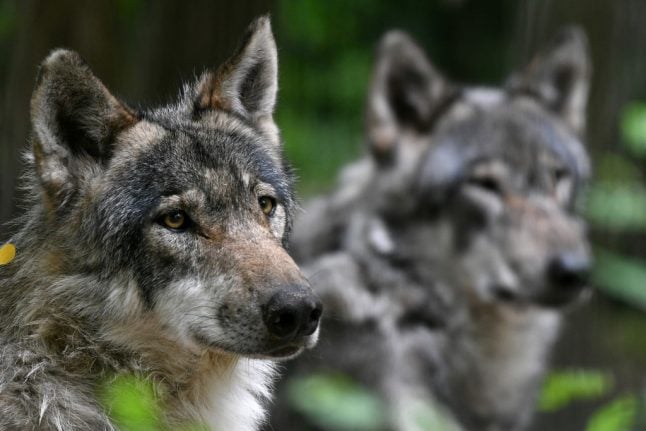 The Alpha wildlife park, in the Mercantour national reserve north of the Riviera city of Nice, was left in rubble after floods hammered southeast France, killing at at least four people.

Two OFB agents and a veterinary surgeon were searching the area by helicopter after sightings of some of the wolves were reported near the park where they had been held in captivity.

The escaped wolves will not be able to survive on their own as they are used to being fed, OFB regional director Eric Hansen told AFP.

“The priority is to find them, and capture them with the help of a dart gun,” Hansen said.

Black Canadian wolves are a large sub-species of grey wolves, weighing around 80 kilograms.

The Mercantour region is home to grey wolves living in the wild, and any encounter with the Black Canadian wolves could lead to cross-breeding, Hansen said.

The body of one of the park's three polar wolves was found after its enclosure was swept away by the floods. The other two others “are probably dead, too”, Hansen said.

A third enclosure with three central European grey wolves was spared, and would become the Canadian wolves' temporary home once they were found, he said.

The Mercantour national park, created in 1979, boasts 78 species of mammals and more than 200 bird species.

It is home to some 50 Italian wolves, a protected species, which migrated there in the 1990s.