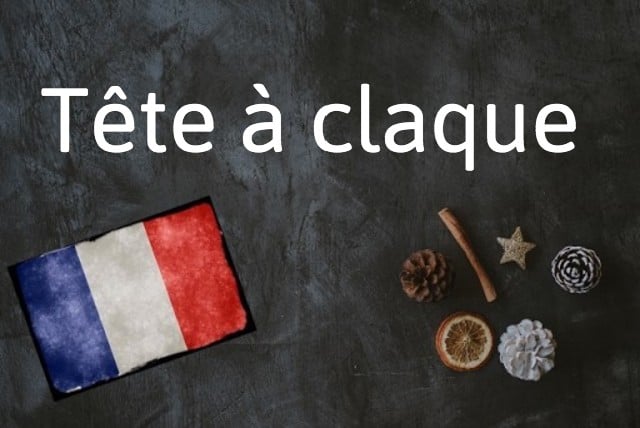 Why do I need to know tête à claque?

Because it’s one of those canny French expressions that the English language should have too.

Tête à claque literally translates to 'head for slap', which is pretty close to exactly what it means.

Have you ever met someone whose appearance or behaviour just makes your blood boil and your fists clench?

If the answer is yes, that person was – to you – une tête à claque, which is what the French call someone who just makes you want to slap them hard in the face.

Don't take our word for it – the definition of a tête à claque is “a person whose looks or behaviour provokes the urge to slap (them),” according to l'Internaute.

It can be a massive know-it-all, a condescending mansplainer, an enormous teacher's pet – whatever triggers your fury.

It's not necessarily even their fault. The French online dictionary explains à tête à claque as someone whose appearance is agaçant ('annoying' or 'provoking').

The expression “seems to have originated at the end of the 19th century,” according to l'Internaute, so it's not even a recent invention.

Je ne la supporte pas, c'est une vraie tête à claque. – I can't stand her, she has a face I want to slap