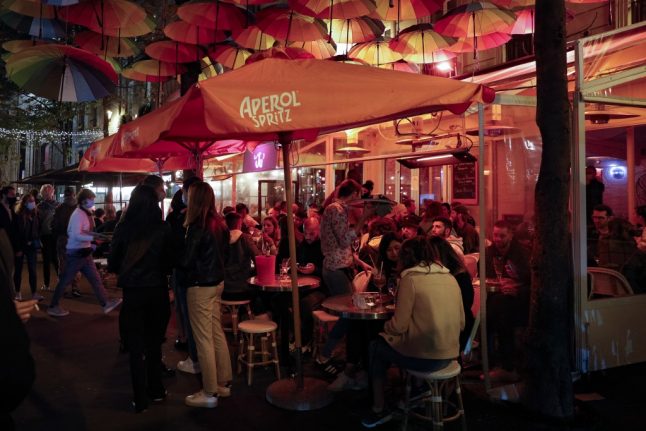 Paris' police chief has laid out extra restrictions that will come into force for the city and its suburbs from Tuesday October 6th and will stay in place for 15 days, when the situation will be reviewed.

The French capital was declared a 'maximum alert' zone on Sunday after Covid-19 cases in the area soared and pressure on hospitals increased – 36 percent of intensive care beds in the Île-de-France region are now occupied with coronavirus patients.

Previously the rules for maximum alert zones involved the complete closure of all bars and restaurants, but the government has now agreed to a compromise where restaurants can stay open.

Paris police chief Didier Lallement said: “The epidemic is developing too quickly. We must slow it down now before the healthcare system is overwhelmed.

“Today, we’re moving into a new level, it proves that we are constantly adapting to the reality of the epidemic.

“These measures are designed to put brakes on the epidemic.”

Here are the new rules for Paris and the petite couronne – the départements of Seine-Saint-Denis, Val-de-Marne and Hauts-de-Seine – as outlined by Lallement.

These rules are in addition to those already in place for Paris, which includes the compulsory wearing of masks in all public spaces – including on the streets – and in workplaces.

The French government is trying to avoid another nationwide lockdown, and has instead put in place a localised alert system which assigns each part of the country an alert level with corresponding restrictions.

Until Sunday the metropole area of Aix-Marseille was the only place on the highest alert level, but it has now been joined by Paris and its suburbs.

Six other cities – Lille, Lyon, Toulouse, Grenoble and Saint-Etienne – have been warned that they too face being bumped to maximum alert if their numbers do not improve.

Aurélien Rousseau, director of the Île-de-France, gave an update on the deteriorating health situation in the capital which has lead to its classification as a maximum alert zone.

Remote working is strongly recommended for people who can, France's employment minister Elisabeth Borne has reiterated.

Within the capital cultural centres such as galleries, cinemas, museums and theatres remain open – they are already the subject of strict health protocols.