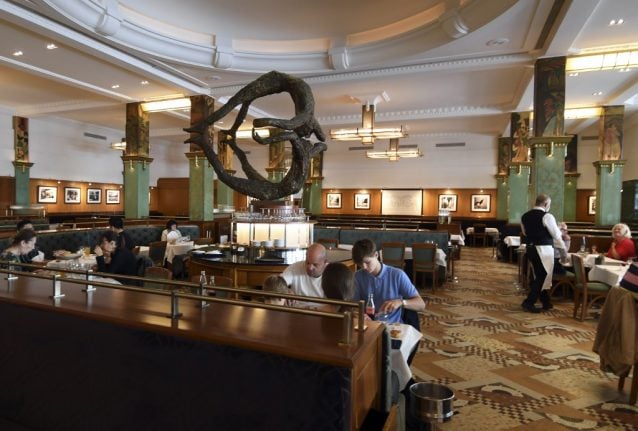 Paris and its surrounding suburbs have been on tenterhooks since Thursday, when the health minister Olivier Véran announced that if the situation did not improve by Sunday the area would be put on maximum alert, which has meant the closure of all bars and restaurants.

The government confirmed on Sunday night that the alert level for the capital and surrounding area would be raised raised from “heightened” to “maximum” level.

The maximum alert level applies to the city of Paris and the petite couronne – the départements of Seine-Saint-Denis, Val-de-Marne and Hauts-de-Seine.

What this means in terms of new restrictions on daily life was unclear. Full details of the new measures will be announced on Monday and come into effect on Tuesday.

The government did announce that restaurants would be allowed to stay open if strict sanitary measures were in place. However bars were likely to be forced to close.

“The government received this [Sunday] evening the opinion of the Public Health Council concerning the opening of restaurants,” the prime minister's office told AFP.

“A reinforced health protocol applicable in heightened alert zones as well as in maximum alert zones will be put in place and will allow restaurants to remain open.”

The compromise will also apply to Marseille, which has been on maximum alert level for a week and where all bars and restaurants were ordered to close last Monday.

The government also announced that university lecture theatres would have their capacity cut to 50 percent in areas classed as “heightened” and “maximum” alert.

In order to try and avoid another nationwide lockdown, the French government has come up with a local alert system, which gives each area of the country an alert rating based on factors including the number of new Covid-19 cases, the number of cases among vulnerable people and the situation in local hospitals.

Each level carries with it different restrictions, from a limit of 30 people at wedding at the lowest level to the complete closure of bars and restaurants at the highest level.

However the total closure has proved highly controversial, with many in the hospitality industry protesting that this will kill off many businesses already weakened by the two-month lockdown in spring.

A decree with the full measures will be published on Monday, but these could include extra rules on physical distancing and the compulsory provision of customer information for contact tracing.

Bars in Paris are already restricted to closing at 10pm, but as many bars in the city serve food or also function as cafés, the early closing has not been affecting large numbers of businesses. A decree from the Préfecture de Police clarified that the restriction is based on the licence type held.

Paris has already closed all its gyms and leisure centres, but the city's swimming pools remain open.

In his briefing on Thursday, Véran warned people to cut down their socialising and said that people who can work from home should do so.