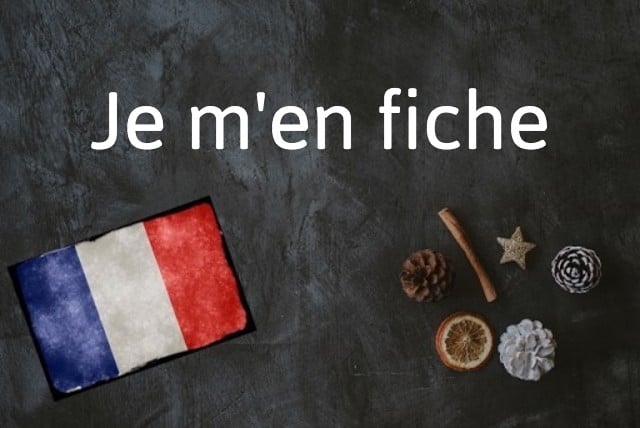 Why do I need to know je m'en fiche?

Je m'en fiche is one of the many French ways to say 'I don't care'.

It's not vulgar like its sister expression je m'en fous, just a little colloquial.

It's a great one to use for everyday drama, if say your partner didn't do the laundry like they said they would because they had “too much to do”, and you don't think that's a valid excuse because you know someone was using the Netflix account earlier.

While throwing your hands up in exasperation, you may exclaim:

Je m'en fiche ! Tu m'avais promis que tu allais le faire ! – I don't give a flying fig! You promised you would do it!

However, it can also mean 'I don't mind', which can be slightly confusing.

If your boss asks you whether you prefer to work from home or come into office next week and you say Je m'en fiche, you're not being impolite, you're just saying, 'I'm easy'.

So the meaning of the expression changes depending on the context and – crucially – your tone.