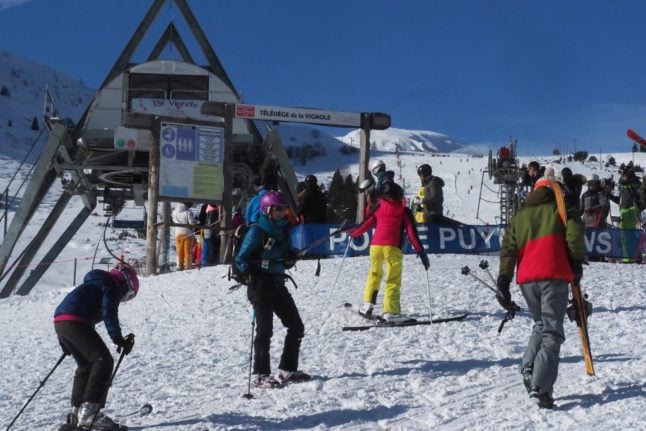 Ski resorts are highly dependent on short-term workers, many of whom are foreign. Photo: AFP

Whether it’s taking up short-term contract work or coming to France to do the ski season, there are plenty of people who want to work in France without making the place their permanent home. But what are the rules on doing this?

Basically, it depends where you come from – citizenship of certain countries allows you to work on a more casual basis in France, while for others it’s a matter of visas and other associated paperwork.

People who are citizens of an EU or Schengen zone country have the right to both live and work in France under freedom of movement, whether that is for a short-term or long-term contract.

France is one of the few countries that doesn’t require a residency permit for EU citizens, so coming here to work is a fairly straightforward process that will not involve much in the way of extra paperwork.

The concept of being a saisonnier (a seasonal worker) is recognised in French employment law and industries such as agriculture and the ski sector are highly dependent on these kind of workers.

Likewise, if you are a contractor and your company wins a contract in France, you can come and work in France on that project before heading home again.

There are certain jobs, particularly in the higher levels of French public administration, that are reserved for French citizens, but other than that you can compete on a fairly equal footing with French people for work.

Until recently, British people were EU citizens and therefore entitled to take advantage of this flexibility – and thousands did every year, particularly in France’s ski resorts where doing a ski season has long been a popular option for younger British people.

However, since the end of the Brexit transition period on December 31st 2020, Brits are now non-EU citizens – or Third Country Nationals in immigration terms – and are therefore subject to the same rules as other non-EU citizens like Australians, Canadians and Americans. If you come from a country that is outside the EU or the Schengen zone then this is a little more complicated.

Longer stays in France require a visa – there are different types of visa available but not all of them allow you to work. Those that do are often linked to an employer, so you need to find a job first and then secure your visa, which can be a complicated process if you’re only planning on doing short-term work.

People from some non-European countries are allowed to be in France for 90 days out of every 180 without securing a visa, but this does not always allow you to work.

It’s not impossible, however, and non-Europeans do manage to do short term work in France. Here are some of the most common methods;

Probably the most popular method is via the working holiday visa, also known as the young traveller visa, which allows you to stay in France for one year and work – and does not require sponsorship from an employer, so you can arrive in France and then look for work. However these are not available to all countries and are limited to people aged between 18 and 30 or 35 (depending on the country). They are used a lot by people who want to work the ski season, the wine harvest or in holiday camps, or who just want to travel and do the odd bit of bar work to supplement their income as they go.

If you already have a job lined up you can apply for a long-stay visa travailleur saisonnier (seasonal worker) which allows you to work six months out of every 12 in France and is specifically targeted at sectors like agriculture and tourism. You will need a formal job offer in place and you must apply for the visa before arriving in France.

If your aim is to develop your language skills then working as an au pair is also popular. Your employer then counts as your sponsor for your visa, and because you generally live with the family that also takes care of accommodation. It’s a great way to meet people, improve your language skills and really get immersed in French life, but it can also be very hard work depending on how many children you are taking care of and how well behaved they are.

If you’re in France as a student you can work part-time – up to 19.5 hours a week – but you need a valid offer from an educational establishment in order to secure the student visa in the first place.

There are also some programmes that offer either internships or paid work in teaching English for short-term periods but again you need the job/internship in place before you apply for the visa.

Posted worker – if you are an employee and either you or your employer needs you to work in France for a short period, then you can do so as a posted worker.

This covers placements of 24 months or less, although if you are in France for more than 180 days you may be liable to pay tax there, depending on your home country. This does involve extra paperwork for your employer, so you either need to be a highly valued employee or there must be a pressing need for you to work in France. You remain an employee of the company in your home country, so this wouldn’t be suitable for people who want to come to France and find a job.

The posted worker scheme has also been used for people to work in ski resorts, enabling them to be employed by a British company and pay tax in the UK, but work in France. However, Brexit will bring an end to this, unless a separate deal is done within the next six weeks.

Contractors – either employees or sub contractors coming to France to work on a specific project will generally need a work permit, but there are exceptions if the work period is less than 90 days and involves expertise or an audit in the fields of IT, management, finance, insurance, architecture and engineering or teaching as a visiting professor or lecturer.

For assignments of less than 90 days you will need a short-term work visa, for more than 90 days a long-stay visa.

You can find more information on the various visa options here.

Undocumented – it might be tempting to skip the paperwork and see if you can find a cash-in-hand job while you are in France.

These do of course exist, especially in certain sectors, but as well as being illegal they put you at risk of exploitation – if you don’t have a contract or any official status you have few options if your boss decides to pay you less than previously agreed, or deducts previously unmentioned ‘extras’ from your pay packet. Every year thousands of foreign workers head to France to help pick the grapes. Photo AFP