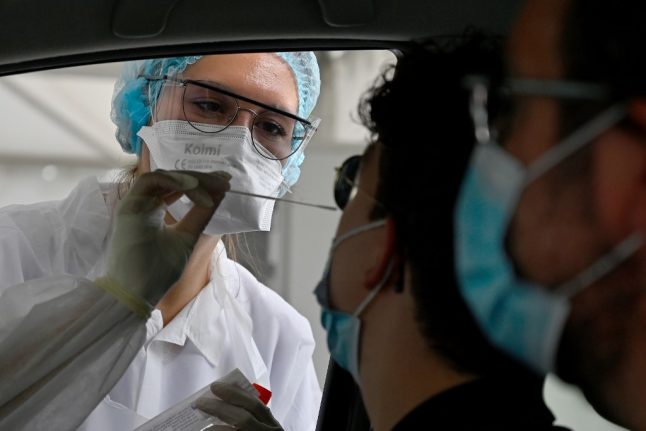 Figures from Public Health France showed that 16,096 people had tested positive for Covid-19 over the last 24 hours, a record – even though experts advise that testing during the first coronavirus wave in March-April captured only a fraction of cases.

In the same period 52 deaths in hospital from Covid-19 were reported. The centrist government of President Emmanuel Macron announced a series of new measures on Wednesday to try to slow the spread of the disease, including the closure of all bars and restaurants in Marseille and earlier closing times in Paris and 10 other towns.

The new system assigns an alert level of each area, with different restrictions on daily life depending on the alert level. The alerts will be reviewed weekly. Faced with criticism from the mayors of Paris and Marseille, legal challenges and calls from some bar owners to defy the new orders, Prime Minister Jean Castex called for “responsibility”.

“What I don't want is that we go back to March,” he said, referring to one of the strictest national lockdowns in Europe in which French people were required to fill out forms to leave their homes.

Castex also admitted that he has not downloaded his own government's StopCovid contact tracing app.

“Yes I am pushing the French to use it, but I do not,” he said on France 2 television, explaining that since becoming prime minister in July, he “unfortunately” now crosses paths with fewer people, in particular no longer taking the Metro.

Paris hospital authority AP-HP said on Thursday that an influx of coronavirus patients was forcing it to start cancelling non-emergency surgery starting this weekend.

READ ALSO ANALYSIS: How France's most seriously ill Covid-19 patients are getting younger

The number of coronavirus patients in Paris hospitals had more than doubled in three weeks, from 150 to 330, and would probably reach 600 by month's end, said deputy director Francois Cremieux.

Numbers of Covid-19 patients in intensive care have followed a similar upward curve, from 50 three weeks ago to 132 on Wednesday and likely more than 200 by next week, he said.