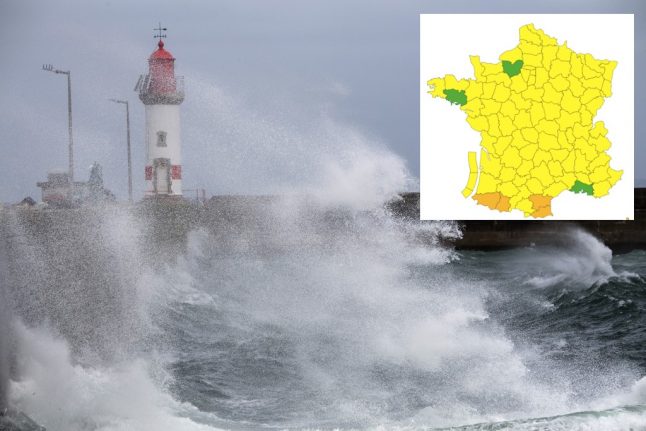 Four southwestern départements and both of the island Corsica's two départements were on Friday placed on the second highest level of alert (orange) for wind, heavy rain and thunderstorms.

“The wind will sweep over the east coast and get particularly violent this Friday evening and in the first part of the night from Friday to Saturday, reaching 130 or even occasionally 150 km/h,” the weather agency said on their website.

Public weather agency Météo France warned of heavy rainfalls of between 50 and 80mm in the Pyrénées-Atlantiques département, “abundant snow” in mountainous areas and “wind gusts of over 100 km/h.”

Several flights were delayed on Friday, including in Corsica and in the southern city Perpignan, where Météo France had registered wind gusts of 140km/h.

It's blowing a hooley ? pic.twitter.com/hNYrWmg1gD

Orange alert level means there are risks such as power and telephone cuts, roofs and chimneys can be damaged, tree branches might break off and traffic can be disrupted, according to Météo France.

Persons in exposed areas are recommended to not travel if they can avoid it and watch out for falling objects.

The bad weather will continue until Sunday evening, according to Météo France, although it would be calmer on Saturday than on Friday.