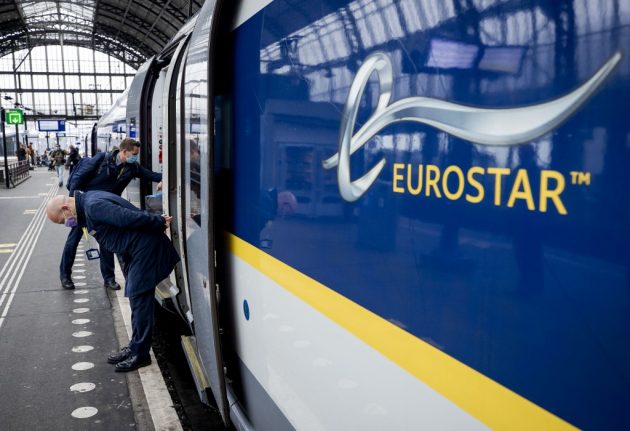 From people who do short-term stints of work in France to those who want to spend a few months working on that dream restoration project in the French countryside or just those who enjoy long visits, plenty of Brits take lengthy stays in France.

Up until now EU freedom of movement has made this a fairly simple process with no need to watch the clock on your visit or engage in complicated form-filling.

But from December 31st, when the Brexit transition period ends, there will be more restrictions on visits to France for British nationals.

The below applies only to people who are not residents in France and have no intention of making the move – if you are already living in France or plan to be by the end of the year then click here to see what you need to do.

Many people believe that owning property in France gives you extra rights on staying here, but in fact that is not the case. The time you can spent in France could be limited from 2021. Photo: AFP

The rules on visits are one of the (many) things yet to be negotiated but if nothing new is agreed then non-resident Brits in France will be subject to the 90-day rule.

With still no trade deal agreed and a lot of really quite pressing concerns that need to be addressed in the next three months it seems likely that the 90-day rule will become the rule from January, even if a separate bilateral agreement is reached at a later date.

So what does the 90-day rule mean?

So Americans, Australians, Indians and other non-EU nationals in France will already be familiar with this rule – people who are not resident here can spend up to 90 days out of every 180 in the EU (with or without a visa depending on the country you are visiting from) but after that must either apply for residency or a work or study visa.

The rule states that over a year you can spend 180 days in total in France but not consecutively, you would have to spend time outside the EU (such as back in the UK) in between.

It's worth pointing out that the 90 day rule applies to the total number of days for all countries in the Schengen area.

So if you have a three-month stay in France you wouldn't be able to – for example – go and spend a weekend with George Clooney in his Italian lakeside villa during the same 180-day period.

If you want to spend longer than 90 days at a time in France you really only have two options – get a visa or become a resident. If you go for the visa option be prepared for a lot of paperwork. Photo: Unsplash

There are lots of different types of visa available – see more on the topic here – but for people who intend to just take long holidays in France the best option is likely to be the visitor visa. You will need to give assurances that you will not be undertaking any professional activity while in France though, so this won't be suitable for people who want to work.

You will need to provide a lot of personal documentation including details of your financial situation to show that you can support yourself and will not become a burden to the French state, as well as paying for the visa, which is between €80 to €99 depending on the type.

The visitor visa lasts a year and while you are free to come and go between France and the UK during that year, you will need to apply for a new one each year that you wish to spend more than 90 days in France.

Working visas are a little more complicated and depend on the type of work – see more here.

READ ALSO: How much money do you need to get a visa for France

If you really want to spend long periods in France you may be looking at taking up French residency.

This is more than simply declaring 'I'm a resident'. To become resident in France you will need to apply for a carte de séjour residency permit – which comes with its own conditions (depending on whether you move before or after December 31st). You can read more on those here if you plan to be resident in France before 2021 and for those who plan to move after Jan 1st 2021 can find out more here.

You will also need to become a tax resident in France, which means filing annual tax returns with French authorities, even if all you income comes from the UK, and registering with the French healthcare system.

You cannot be resident of two countries at once, so if you become a French resident you have to give up your British residency which has an impact on things like tax and access to the NHS.

Could you just slip under the radar?

For non-EU nationals like Americans and Australians France has earned itself a reputation as being not too fussy about the exact exit date of people who aren't working or claiming benefits in France, as long as it's fairly close. It's also true that there is likely to be a 'bedding in period' for the new rules.

However we would suggest that people don't rely on this. Unlike the pre-EU days, passports are now automatically scanned when you enter and leave the country, which makes it easy to spot over-stayers.

If you are caught over-staying your allocated 90 days you can end up with an 'over-stay' flag on your passport which can make it difficult to enter any other country, not just France, and is likely to make any future attempts at getting visas or residency a lot more difficult.