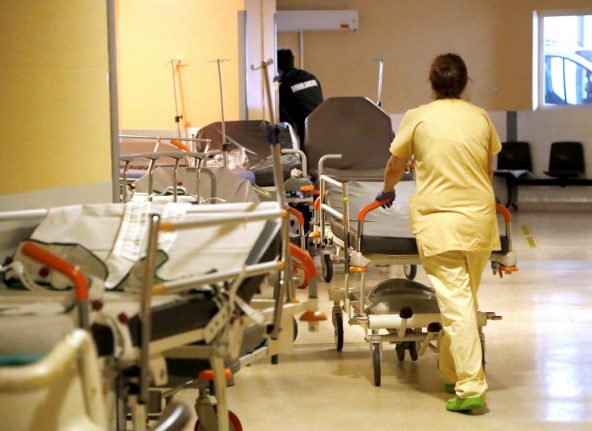 Hospitals across France are looking to hire following the first wave of the Covid-19 pandemic this spring. Photo: AFP

To attract healthcare personnel, the management has bumped up salaries.

“For us, it's a means to avoid that valuable workers absent themselves,” Pierre-Emmanuel Lecerf, Deputy Director of the AP-HP, told Le Parisien.

AP-HP has 39 hospitals spread out across the greater Paris Île-de-France region.

Since Covid-19 hit France with full force in early March, they have, along with hospitals all over the country, tried to fill vacant jobs to be better prepared for the second wave of infections.

So far the AP-HP group has hired 500 out of the total 950 nurses they lacked in March. But hundreds of jobs remain vacant and the hospitals urgently need nurses, radiologists, physiotherapists, and healthcare assistants.

The deputy director said they were specifically looking for experienced workers, rather than newly-qualified staff.

To reach that goal, the hospital group is offering extra incentives such as a €1,000 welcome package, as well as help finding housing and places in crèches for children.

As of 2021, nurses across France will see their net salary bumped by €180 per month net, the result of several weeks of negotiations between government and unions known as Segur de la santé.

“The measures taken during the Ségur de la santé have weighed in,” said Lecerf, referring to that French hospitals along with the country's elderly care homes (Ehpad) was promised €8 billion to help refurbish the troubled sector.