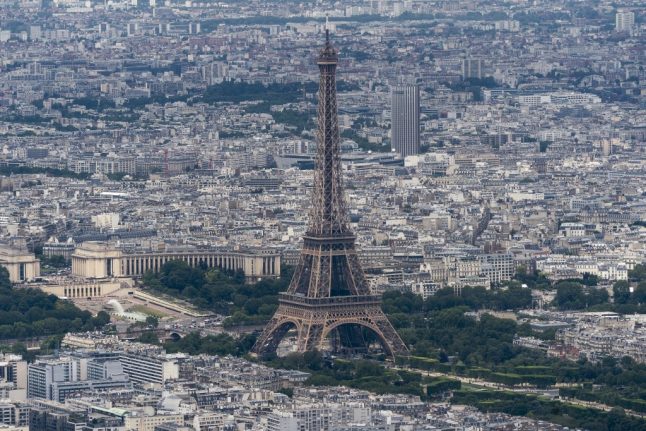 Paris. Photo: AFP
The man, who has not been named, allegedly flew 8,000km from Colorado in July with the intention of murdering his ex-partner, named as Aurelie, 43, at their previous apartment in the Paris suburb of Saint-Maur.
After shooting her several times before turning the gun on her lover, the American swiftly returned to the United States, the French daily Le Parisien reported.
The bodies of the two victims were found on the morning of July 29th after the colleagues of the French woman raised the alarm when she failed to turn up for work.
French police opened a double murder investigation but according to police sources quoted in Le Parisien the American man evaded suspicion because detectives were led to believe he had been in the US at the time of the murder.
Instead their investigations focussed on other former partners.
It was only after the suspect's sister, who the IT exec had asked to look after the couples two children while he flew to France “for professional reasons”, told French detectives about his true location at the time of the murders that the investigation changed course.
The man was arrested in the US in August.
He has reportedly admitted to the double murder.
According to Le Parisien the suspect bought a gun in the US before posting it to a post office in the 18th arrondissement. He then picked up his own package on his arrival in France.
He was able to get access to the apartment in Saint Maur after keeping a set of keys. According  to investigators he burst in on his former partner as she slept firing 18 bullets.
The second victim is believed to be a man she had recently met via a dating website.
“He was there at the worst time, a collateral victim like that is hardly believable,” a police source told Le Parisien.
Video surveillance cameras captured the suspect as he left the crime scene and he was seen throwing his weapon into the nearby Marne River. The gun was later recovered by police.
He then flew back to the US.
French authorities are hoping he will soon be back in France to face trial and have requested his extradition.