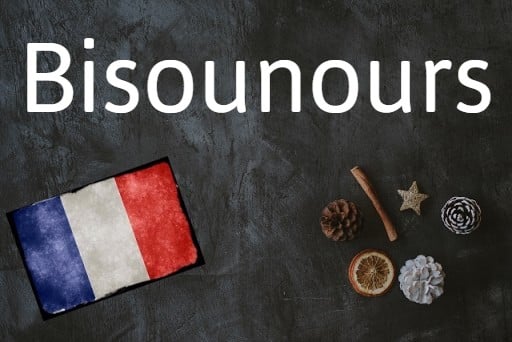 Why do I need to know bisounours?

Because it can be a clever retort when you're participating in fiery political discussions.

Originally, Bisounours referred to the French version of Care Bears, you know those multi-coloured bears who had their own show back in the 1980’s.

The American Care Bears became so popular in France that they left a mark that lives on in the French language still today, long after the show stopped airing on French television.

Even those too young to have seen the original Bisounours dance around on their TV screen use the term today.

The TV show origins explain why you generally see Bisounours written with a capital B, even when used as an adjective, although some people will spell it differently.

Even though the original Bisounours were fluffy and cute, the term itself is pretty pejorative, and mostly used as an insult.

A Bisounours “person who is too nice, naive, who lives in a perfect, utopic world”, according to the French online dictionary l’Internaute.

You will often hear it used about politicians or political measures (it's a right-wing favourite to criticise left-wing politics for being too soft).

If you say C'est un gouvernement de Bisounours, it means that the government is made up of snowflakes.

Je regardais les Bisounours quand j’étais enfant – I used to watch the Care Bears when I was a child.

C’est un vrai Bisounours – He is too soft.