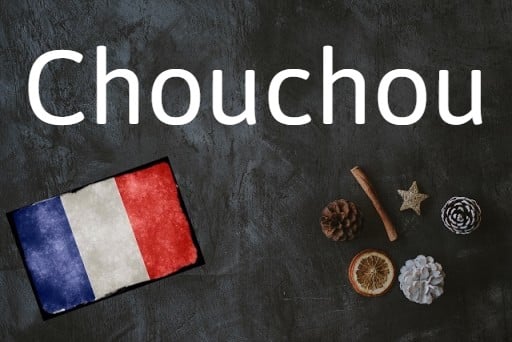 Why do I need to know chouchou?

Because you want to understand the (very) different meanings of the word as to avoid (big) misunderstandings.

Chouchou (pronounced as if you were saying 'shoe' twice) has three meanings.

The French online dictionary l'Internaute defines chouchou as “a person who is preferred over others and towards whom all attention is targeted.”

In other words, chouchou refers to a 'teacher’s pet'. This is the most common way of using the expression in French.

But if you've been to the beach in France, you have probably heard salespeople yelling Glaces, beignets, chouchous !

That does not mean that they are selling 'ice cream', 'doughnuts' and 'teacher's pets', however. Here, chouchou refers to (very sticky) caramelised peanuts that French people like to eat as a treat.

Beware however that just chou means cabbage. So while it's unlikely that any beach vendor would have cabbage on their platter it's good to know that if you ask for chou, you're not asking for a salty treat.

Chouchou also means 'bobble' or 'hair tie', so if someone asks you tu n'as pas un chouchou par hasard ? (you don't have a chouchou by any chance?), chances are they're looking for something to put their hair up with, not a teacher's pet or a salty snack. If in doubt, check the length of their hair.

J’aime bien ton chouchou – I like your hair tie