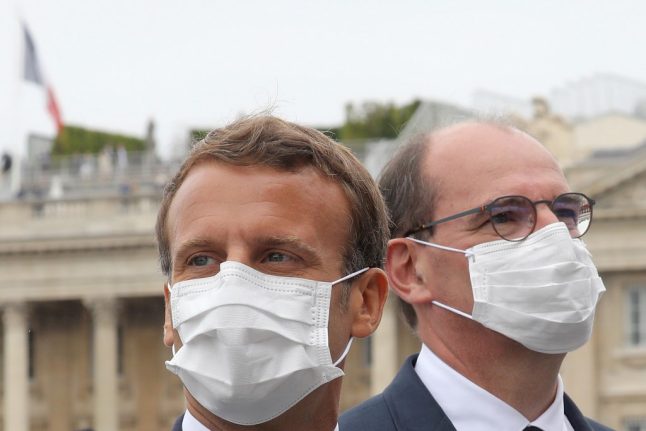 They had expected this month to mark the beginning of France’s economic recovery from the Covid crisis. They anticipated a boom in investment and consumer spending, encouraged by a €100 billion two-year splurge in state funds.

Instead the only boom we have seen is in the number of acute cases of Covid-19.

Yes, pity the French government – but also criticise them.

Their response in the last few days has been limp. It as if President Emmanuel Macron and Prime Minister Jean Castex have been caught on the wrong foot. Or in two minds.

They wanted to encourage the French to work and to spend and to enjoy themselves. They now find themselves wondering how limited, and how regionally varied, a response to the renewed epidemic they can get away with.

Pity the government. The dilemma is real. It is easy to criticise and hard to govern in the face of tenacious and little understood disease. France cannot afford another full lockdown. If the economy fails to pick up, the country faces an avalanche of job losses by the turn of the year.

In any case, the government’s caution may partly be justified. The virus is regaining ground fast. It is not yet exploding as did in the Spring.

Regional variations – such as the limited new crackdowns announced yesterday in Marseilles and Bordeaux – are probably sensible. In March and April, the government was lambasted for being too centralised and too monolithic in its approach.

Public gatherings in those cities and conurbations have been reduced from a maximum of 5,000 people to 1,000 people. Private gatherings outdoors are reduced to a maximum of ten. Families and friends are urged to postpone indoor gatherings – ie weddings – of more than that number.

Imposing such restrictions on cities or départements where the virus is relatively inactive might alienate public opinion and damage the economy unnecessarily. France reopened tourism attractions such as the Eiffel Tower in a bid to boost its reeling economy after two months of strict lockdown this spring. Photo: AFP

These are “local” measures but it is incorrect to suggest that the decisions have been shunted onto local government. The measures were decided – after consultation nationally and locally – by the Bordeaux and Marseilles prefects, who are representatives of national government.

And yet, there is good reason to criticise the government all the same. What has been missing in recent days is a sense of a clear, national strategy – a sense of grip.

President Macron has been distracted by other issues, such as his quarrel with Turkey. Jean Castex is a decent and competent man but he does not generate calm or confidence.

The recently departed Edouard Philippe was a convincing political actor – in both senses of the word. Castex is not. People queue to get tested for Covid in Laval, western France. Photo: AFP

The government’s initial response to the pandemic was far from perfect. The slow pace of testing was a foolish disgrace. Several weeks were lost in February.

All the same, painful decisions were taken in March to impose a lockdown. Many parts of France were almost completely spared the disease. The virus was brought under control by early May. The death toll was kept relatively low.

Since mid-June, France has relaxed; taken it eye off the ball; gone on holiday from Covid-19. This applies to many French citizens and residents but also to the government.

When the surge of new cases became apparent from the end of July, it was possible to explain, even draw comfort from, the figures. Testing had increased hugely to over 1,000,000 a week – ten times the quantity in April. More tests inevitably meant more cases.

The number of acute cases and deaths remained small. Maybe the  virus had mutated into something less violent as some experts, like Professor Didier Raoult, claimed. Only a month ago a senior doctor in Brittany said: “The hospitals are empty.  This is a pandemic without sick people.”

No longer. At least not everywhere. Marseille is one of the many cities in France that has made masks mandatory outside on its streets. Photo: AFP

Two months ago, the average number of new Covid cases in France was around 500 a day. Three weeks ago it was averaging 4,688 a day. In the last five days, it has averaged 8,630 and it reached a new daily peak of 10,561 on Saturday.

Covid deaths in France were over 1,000 a day during the late March-early April peak. They fell to a trickle in early summer. They are now edging upwards – an average of 31.2 deaths a day in the last five days, compared to 21 the previous week.

Is the Second Wave here? Yes, it is clearly here. It will probably get worse before it gets better.

But the numbers  are – for now – a mild version of the first Covid shock in the spring. There are still reasons to hope that the epidemic may be less destructive this time around.

The rate of infections is falling in the Paris area. With some exceptions, like Marseilles and Bordeaux, acute cases are not yet exploding, as they did in the last week of March.

The government’s strategy – in so far as there is one – seems to be to wait and see. They are hoping simultaneously to stimulate economic activity and to restrain the spread of the virus. They are hoping to hold these conflicting lines, until a vaccine is generally available. This could be the beginning of next year. It might be the end.

The danger is that the government’s approach will fail on both counts. The resurgence of Covid cases will dampen economic recovery. Acute cases will explode.

The danger is also one of drift – a gradual abandonment of social distancing by some; a sense of a government which has lost control.

A new, clear mission statement and warning to the nation is needed, preferably delivered by Macron himself.