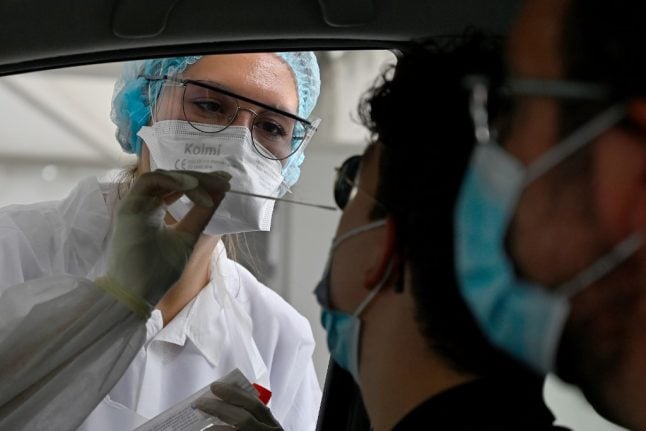 Anyone who tests positive for coronavirus must self-isolate for seven days after their last symptoms. Photo: AFP

During his brief speech to the nation on Friday, French Prime Minister Jean Castex said the government had decided that the period of obligatory self-isolation for suspected or positive Covid-19 cases would be reduced from 14 days to seven.

“On the proposal of the Scientific Council, the duration of isolation will be reduced to seven days, that is to say the period during which there is a real risk of contagion,” Castex said, referring to the council set up to advise the government on its coronavirus strategy.

The prime minister had himself just completed one week of quarantine, forced upon him after he shared a car with Tour de France boss Christian Prudhomme who then tested positive for the virus.

1. Why are they shortening the period?

The government have said they worry that keeping the period so long is counterproductive and that their goal is to ensure a better general compliance with the rules to limit risk of spread.

Figures – not just for France but other countries too – show that many people do not observe 14 days of quarantine so the thinking is that a smaller time period covering the days when the person is most at risk of spreading the disease would be more effective.

It's worth noting that even if the official line has been 14 days of self-isolation, there has been no formal mechanism in place to ensure that people actually comply with the rules.

French authorities say 14 days of self-isolating is unnecessarily long because few people remain contagious after one week of symptoms.

“We are most contagious in the first five days either after the first symptoms or after testing positive. After that, the level of contagiousness decreases significantly,” French Health Minister Olivier Véran told France Inter.

3. What do the experts say?

“We know that we are contagious 48 hours before the appearance of symptoms and up to 10 days after”, infectious disease specialist Anne-Claude Crémieux told France Info.

Her colleague and fellow infectious disease specialist Benjamin Davido told France 2 that “there is no reason to prolong the period of isolation above these seven days.”

Antoine Flahault, professor of public health and Director of the Institute of Global Health at the University of Geneva, which follows the development of Covid-19 closely, tweeted:

“We need to be pragmatic and efficient.”

Flahault recommended that the government reduce the quarantine period to five kdays, seeing as less than 10 percent of asymptomatic cases of the virus remained contagious after that point.

4. What does it change in practice?

Until now, anyone who either tested positive for the virus or who was identified as a contact case had to self-isolate for 14 days from their last symptoms or starting the last day they were in contact with a positive case.
Now, the new rule is “isolating for at least seven days after the last symptoms disappear, and at the earliest 48 hours after the fever is gone,” according to public health agency Ameli.
That means that if you are identified as contact case and you experience symptoms during those seven days you need to get tested for the virus and your period of self-isolation won't count unless you test negative.
“It is essential that everyone strictly respects this period of isolation,” the prime minister said, warning that the government would ramp up checks to ensure that people comply with the rule.
We don't yet have details on these checks, but will update this article when we do.
5. Who needs to self-isolate?
The official advice is that you need to self-isolate if you;

The general line in France is that anyone who could be at risk of having the virus, either if they have symptoms or if they have been in touch with someone who tests positive, should get tested.

The government might adapt their advice in the coming days or weeks as the prime minister also said vulnerable groups will get priority in the line, following several complaints of long waiting lines and delays in getting the test results.

But for now the official advice is that everyone suspecting they could have the virus should get tested.

As a student, some cities are more attractive than others. Each year QS rankings assess 140 cities around the world based on what they have to offer students in terms of their affordability, quality of life, the opinions of former students who studied there, as well as general desirability, employer activity, and how many students live there.

This year, for the 2023 ranking, five French cities – Paris, Lyon, Toulouse, and Montpellier – made the list, with Paris making the top 10.

This year, France’s cities have moved up in the list. Across the board, two factors improved: “student mix” and desirability. The former measures what proportion of the city is made up of students, as well as the diversity of students and the inclusivity of the city and country for students, while the latter measures general questions like safety, pollution, and how appealing the city is to respondents.

On the other hand, affordability and “student voice” – the rating students gave the city’s friendliness, sustainability, diversity, etc, as well as how many students continue to live there after graduation – went down this year. However, affordability has decreased across the board in student cities around the world.

The city came in seventh place for “employer activity” this year. The ranking said this is due to Paris graduates being “highly respected by employers” and that “there are lots of international firms based in the city’s business district which frequently hire skilled graduates.” In the student survey, the prospect of being surrounded by “beautiful monuments, history and culture” was appealing, as well as Paris’ nightlife.

Lyon – The gastronomy centre of France ranked 45th in the world, scoring well in terms of “student mix” and affordability. Lyon was credited for low tuition fees for international students. In surveys, students reported enjoying the ‘diversity of students from across the world’ in Lyon.

Toulouse – La ville rose in France’s south west moved up eight places in the ranking this year. Making it into the top 100, Toulouse came out at 78th. Toulouse was praised for its cost of living, as the city offers significantly lower average costs for rent – for example, a one bedroom apartment in the city centre an average of €712 per month, compared to €1,410 in Paris.

Montpellier – This year was Montpellier’s debut on the list, ranking 199th. The city performed well for its first year, especially in terms of affordability – ranking 35th.

What about the non-French cities?

An overall trend is that cities are becoming less affordable for students.

In terms of rankings, London, held onto its first place spot, which it has had for the past four years, while Seoul and Munich tied for second place. The other European cities to make the top 10 list were Zurich (4th) and Berlin (6th). 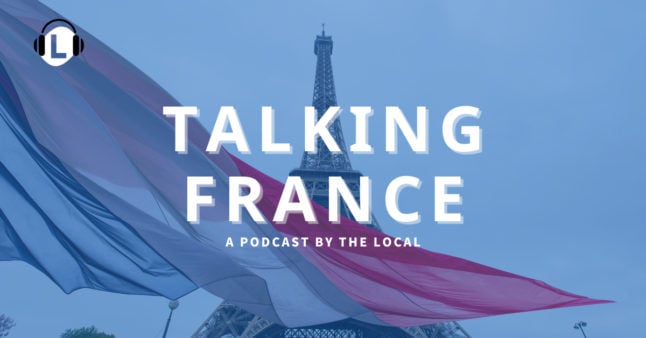