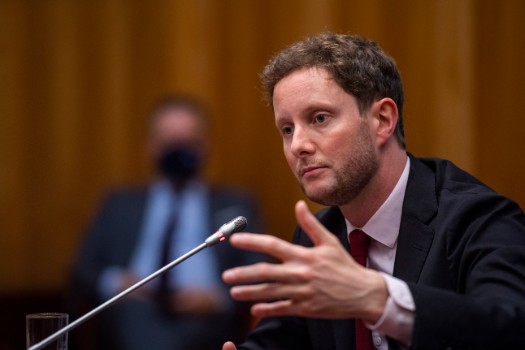 Prime Minister Boris Johnson's government caused an outcry both in the EU and at home by saying it would give itself unilateral powers to regulate trade within the United Kingdom, in breach of its treaty commitment to liaise with Brussels over Northern Ireland, which has special status because of its land border with bloc member Ireland.

“It is inconceivable that the government and parliament would renege an agreement that they themselves negotiated and voted on, breaking the promises that they made,” he said.

Britain left the EU on January 31 and is now negotiating with the EU on trade relations for when a transition period runs out at the the end of the year.

But Johnson threw the talks, which were already making only patchy progress, into complete disarray after confirming he would seek new legislation that would override a deal with the EU regarding Northern Ireland.

“On the European side, we have always been calm, determined and, more than anything, very firm and very united,” Beaune said. “If the British think they can commit multiple breaches of the contract with the aim of dividing Europe, they won't succeed.”

The absence of any agreement on Britain's EU exit would be “bad news”, the minister said, “but we're getting ready”.

French Prime Minister Jean Castex would soon convene his cabinet to accelerate preparations for all possible Brexit scenarios, “including a no deal”, he said.