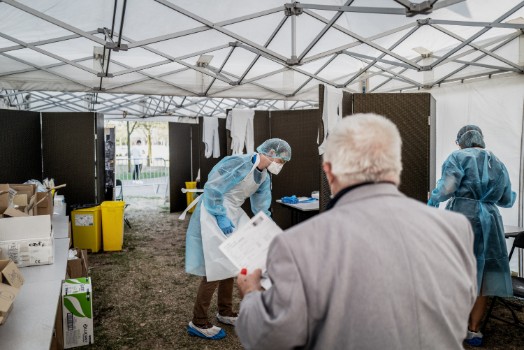 The number rose to 10,561 new cases on Saturday, up from the previous day's 9,406 new cases on Friday, the French public health agency said.

A total of 417 new patients were admitted to intensive care over the last week — 28 on Saturday, the agency said.

French Prime Minister Jean Castex warned Friday there was a “clear worsening” in the country's outbreak, and that a recent increase in Covid-19 hospitalisations was particularly worrying.

However he did not announce any major new restrictions, shortening the quarantine period for people who catch the virus to just seven days from 14.

“We have to succeed in living with this virus, without returning to the idea of a generalised lockdown,” he said in a televised statement from his official residence in Paris.

Castex himself ended a stint in isolation after twice testing negative for Covid-19.

Fears were briefly raised after he spent part of last weekend with the boss of the Tour de France Christian Prudhomme, who tested positive for Covid-19.R