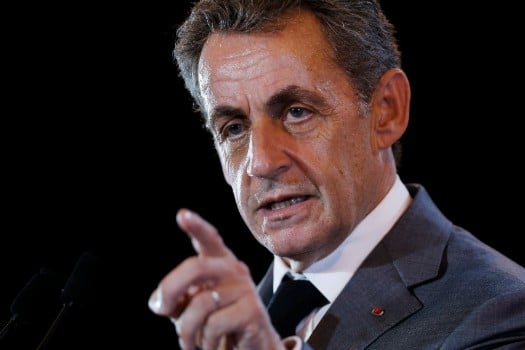 Speaking on a television show on Thursday evening, Sarkozy was criticising elites “who are like monkeys that listen to no one,” when he suddenly stopped.

“I don't know anymore, are we allowed to say 'monkey'?”, he asked, adding: “Because… we're no longer allowed to say… What do we say? 'Ten Little Soldiers' now? Is that it? Yeah… Society is really progressing.”

“Maybe we're allowed to say 'monkey' without insulting anyone.”

Sarkozy was referring to Agatha Christie's famous novel “And then there were none”, which originally had a different title that contained the racially-charged word but was changed decades ago in Britain.

The French translation of the best-selling book continued to sport the original title until August, when it was renamed “Ils etaient dix,” or “They were ten,” at the request of Christie's great-grandson.

Inside the novel, the racial slur is now replaced by the word “soldier”, as in “ten little soldiers.”

Sarkozy's comments caused a stir in France for his apparent association of the word “monkey” with the slur.

Audrey Pulvar, a deputy mayor of Paris, tweeted that it was “pure and deep racism, uninhibited.”

“The comments are filthy and shameless,” he said in a statement, describing Sarkozy's tone as arrogant and condescending.

“Racism is a crime and must be punished.”

But Rachida Dati, a former minister under Sarkozy who is still close to him, denied he was racist.

She told French media that Sarkozy met Barack Obama “before anyone could have imagined he would become president one day.”

Sarkozy, who has recently published a best-selling book about his time in office, remains influential on the French political scene.