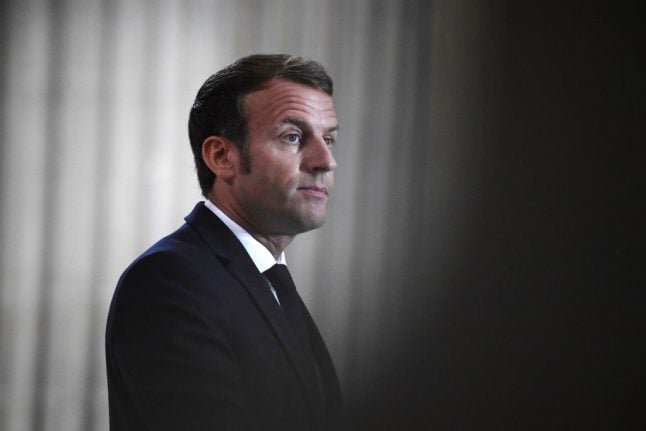 That may be big but is it big enough? Is it the right plan? Can France afford it?

It is, by my calculation, five times bigger in real terms than France’s share ($2.3bn) of the Marshall Plan for post-war recovery in the 1940s.

Proportionally, it is somewhat larger than the €130 billion recovery plan announced by Germany. It is about three times bigger than the £30 billion the British Chancellor Rishi Sumak promised in early July (although another British announcement is expected this autumn).

The French plan  – entitled “France Relance” or “Relaunching France” – aims to do two things at once.

First, it hopes to provide a powerful, short-term stimulus to prevent the French economy from floundering, or even foundering, this year and next.

There will be amongst other things large tax-cuts for business and the extension of some furlough programmes (to keep alive the entertainment and arts industries). There will also be €6.5 billion in tax-breaks and subsidies for hiring young job-seekers. There will be increased spending on health care, public-housing and railways.

Secondly, the plan is intended as a vast long-term investment in modernising the country’s infrastructure and industrial base to prepare for a greener and less energy-consuming future.

There is €2 billion for developing hydrogen as a “green” energy. There will be over €30 billion in tax-breaks, subsidies and cheap-loans to business to improve competitiveness, encourage innovation and fund the “re-location” of manufacturing from abroad. Where is all the money to come from?

€40 billion will come in direct grants from the €750 billion EU recovery (funded by the largest ever programme of mutualised European debt). The rest will come from increased French national borrowing. Macron has promised (read my lips) that there will be “no new taxes”.

It’s a great deal of money. Will it be enough?

Quite frankly, it’s impossible to say. This is a plan for recovery from a crisis which has not yet finished. After a lull in May June and July, coronavirus infections in France are rising rapidly again.

The government hopes to avoid another national lockdown but cannot guarantee that. Severe, new local restrictions may become necessary.

Much depends, in any case, not on spending by the government but on spending by the rest of us – the 67,000,000 residents of France. An extra €111 billion – equivalent to the relaunch programme and then a bit more – has piled up in French savings accounts since the coronovirus crisis started.

The first figure which the finance minister Bruno Le Maire checks each morning is credit and debit-card spending: in other words France’s rate of consumption. It is rising again but not very fast.

President Emmanuel Macron rejected suggestions – from trades unions and left-leaning members of his government – that a much larger chunk of the €100 billion should go on short-term stimulus measures such as cuts in VAT or increased welfare spending. By putting more money in the pockets of the poorest, the unions said, this would have ensured the money circulated quickly and “multiplied” its impact.

Macron accepted some short-term stimulus but insisted that the package must be more than just a 21st century revival of Keynesianism – debt-funded public money to keep France’s head above water. It must also further his 2017 election promise to “reform” France by reducing tax burdens on business and preparing the country’s infrastructure and industrial base for the mid and late 21st century.

In any case, he argued, there was no shortage of cash in French pockets or saving accounts. The Plan would increase “confidence” and then confidence would increase spending.

This was a calculated gamble. Macron wants to have the economy showing strong signs of recovery before the April-May 2022 presidential election. He also wants to be able to present his crisis response as more than just a splurge of debt. Hence the large chunk of the €100 billion – about a third – which is to be spent on the greening of French national infrastructure and industry.

This may, in itself, be a sound idea, but critics say it will not provide the kind of economic sugar-rush that the French economy will need this year and next.

The post-war Marshall Plan was largely based on Keynesian, demand-side economics. Amongst other things the British economist John Maynard Keynes (1883-1946) had argued in the 1920s and 1930s that money pumped into the system always increased demand, economic activity and jobs. In the 1970s and 1980s, that approach was reversed by Thatcher-Reagan type supply-side economics (reduced money-supply, tax-cuts, de-regulation etc).

The “Macron Plan” is a strange blend of demand (big-spending) and supply-side (tax-cuts on business) approaches. It should perhaps be called Macronomics.

The unions may be right. Macron and Castex should, perhaps, have poured more of their billions into a front-loaded programme to get the country through the next painful couple of years. As a country heavily dependent on tourism, aeronautics and aviation, France is uniquely vulnerable to the coronovirus pandemic – far more than it was exposed to the financial crash of 2007-2008.

But we should also recall what has NOT happened.

Most western countries responded to the 2008 financial crisis with neither “Keynes” nor “Thatcher” but spending cuts AND tax rises – demanded by “the markets” which had created the problem in the first place. This so-called “austerity” proved socially destructive and economically counter-productive.

Twelve years later France and the EU – and also the UK – have chosen instead to go back to the 1930s and borrow and spend their way out of the coronovirus crisis. Hardly a peep from “the markets” so far.