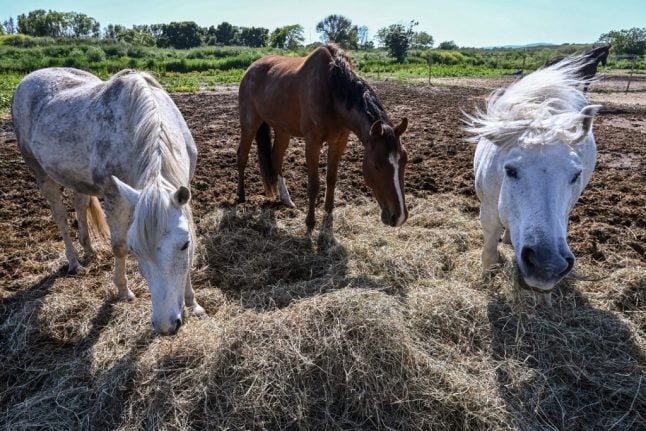 At least 22 horses have been attacked since August. Illustration photo: AFP

What has been reported?

Since the beginning of August 2020 at least 22 cases have been reported of horses and ponies being found by their owners mutilated or dead after being attacked in their fields.

There is no definitive list of attacks, but the French newspaper Libération's Check News site has counted 22 cases since the start of August by tallying police reports and local media coverage. In total the paper found 36 cases dating from November 27th 2017 until September 3rd 2020, but the data shows a massive uptick in cases from the start of August.

Where is this happening?

Cases have been reported across France, with 20 départements seeing cases over the summer.

Is it one person?

The police say no. This is partly due to the wide geographical area that is covered in a short space of time. For example between August 27th and 31st there were four reported cases, the first in Finistère in Brittany, the next in Jura next to the Swiss border, then in Allier in south west France and the fourth case in Île-et-Villaine back in Brittany – a total distance covered of more than 2,500km.

There is also differences in the type of mutilations, while some horses seem to have been slashed anywhere with knives others have had their eyes targeted and many have had ears cut or removed. Some horses, mainly mares, have also received genital mutilations.

As to why it is happening there is no shortage of theories from Satantic rituals to some kind of sick online challenge, but at present nobody knows.

Is it only horses?

Until now only cases involving horses or ponies had been reported but on September 3rd an alpaca was found dead in its field in the southern département of Lot-et-Garonne field, with one ear cut off.

What's being done about it?

Several different police forces are investigating and one horse owner in the Yonne département has managed to produce an e-fit portrait of a man who attacked him and mutilated several of his horses. The efit of the suspect. Photo: Gendarmerie de l'Yonne

But many owners are so worried that they have stopped letting their horses graze at night while some have even been mounting their own patrols.

The maximum penalty in France for serious abuse or cruelty to an animal is two years in jail and a €30,000 fine.