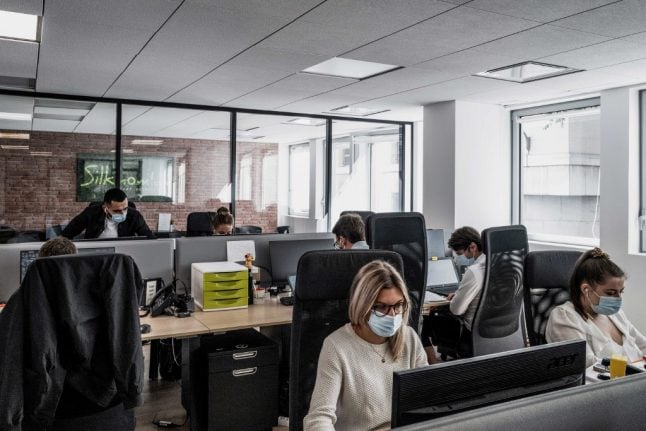 Should you sign off your email to the tax office with bisous? Photo: AFP

There are plenty of guides on how to write letters in French – here is one of them – but emails are now a lot more common in France, even for official business, and they have their own rules and conventions.

Email is an intrinsically more informal format than letters, but when making a formal request or corresponding with a business you can appear rude if your language is too casual.

So we asked language expert and Paris native Camille, founder of French Today, to explain some of the most common greetings an sign-offs.

Bonjour Madame/Monsieur – this is the most common form if you don't know the name of the person you are writing to, if you know their name then Bonjour Monsieur Dupont/ Bonjour Madame Dupont is the correct form.

Camille says: “You sometimes see emails starting with just bonjour, but really it's more polite to say bonjour monsieur/madame. These days it's quite easy to look up names of people in official positions so with a bit of research it's better to have a name and then you can address the person by their name.

Bonsoir – the subject of some debate even when you're greeting people in person, bonsoir is generally not used for emails, even if you are writing in the evening.

Camille says: “You don't know when the person will be reading this and bonsoir is really only appropriate for the evening, but bonjour can work at any time in an email.”

READ ALSO What does how you order coffee in French say about you? Cher Monsieur/ Chère Madame – this is the approved format for starting a letter, but it's not as common in emails.

Camille says: “This is really very formal, I wouldn't use it in an email, I think it could seem almost frivolous because it's just too formal for the email format.”

Salut – this is a very casual greeting so is really only appropriate in an email to someone you know well.

Camille says: “This is an important point, salut does not mean 'hi' in English. While it's perfectly OK to start emails in English with hi, salut is really more like 'hey, you how doing?' – it's very casual.”

Coucou – another casual greeting that's only appropriate for friends, but this is often seen in friendly emails and text/instant messages where it's often abbreviated to cc.

Camille says: “This is the one I use if I'm emailing family or friends, I use this more than salut but it's a personal preference.”

No greeting – If you don't know who you are writing to it's not unusual in English to just go straight into your email without any greeting at all, but this is less common in France where starting every conversation with bonjour is a deeply ingrained habit.

Camille said: “It's one little word, it really won't take you very long to write and it looks more polite so why wouldn't you? I use it even on instant messager or in Twitter or Facebook messages.

“If I get messages through my business asking me a question about the French language and it doesn't start with a greeting I always feel like 'hey, I'm not a robot, say hello to me before you ask your question'. This is not a Google search you are making.”

Mademoiselle – this is being used less in the spoken form and some women don't like it, but it is still used in conversation. In the written form, however, it is not, so keep your greetings to madame for women, even if you know you are writing to a younger woman.

So that's how to start your email, but what about the sign-offs? There are some very formal French sign-offs, but they tend to be used more for letters than for emails.

Here are some of the most common ways to end your emails.

Cordialement – this is probably the most common way to end an email and is so widely used it is commonly abbreviated in shorter messaging formats to either cdt or cdlmt.

Camille says: “This is appropriate for every form of email, even a very formal one to a government agency. But if you're writing a business email then write it out in full, don't abbreviate.”

Meilleures salutations –  this is the other most common form of sign-off, 'best wishes' and again is widely used and appropriate for all types of email.

Merci d'avance – thanking the person in advance is a nice touch if you are asking for something, but you should still pair it with a cordialement or a meilleures salutations to end your email, as it's not a farewell or a sign-off on its own.

Bonne journée – wishing someone a good day is widely heard in everyday speech, but in email it's a little more casual so you probably wouldn't use it with someone you don't know in the first email.

Camille says: “This is for when you have established a bit of a rapport with someone. It's not necessarily informal – I had an email from my lawyer recently that wished me bonne journée – but I wouldn't use it in the first email, save it until you've had a couple of replies going back and forth.”

Belle journée – this is a little more casual than bonne journée, so it's probably best to save it for people you know.

Camille says: “This seems to be very trendy, I didn't hear it at all until about 10 years ago but it seems to be getting more popular now. It's definitely for a more casual relationship though, I wouldn't use it in a business email.”

READ ALSO When is it OK to drop the monsier/madame when speaking French?

Au revoir – the most popular farewell when you're speaking, this isn't used in written French so don't end your emails this way.

A bientôt – although this literally means 'see you soon' you will see it at the end of less formal emails or messages as well.

Camille says: “In this context it means 'talk to you soon' so I quite often use it on emails to people I know well. I've started to see sometimes à bientôt de vous lire as well which isn't a construction I would use but I do see it from time to time.

Bien à vous – this is not commonly seen on French emails.

Camille says: “I see this quite a lot in emails from English-speakers, I guess because it's like a literal translation of 'yours truly' but I've seen it very rarely on emails from French speakers. It's quite formal but not very usual.”

Je vous prie de recevoir, Monsieur/Madame, mes salutations distinguées – this is the standard ending to a formal letter in France – the equivalent of Yours Faithfully – but it's really too formal for an email so is rarely used however official the context.

Camille says: “I don't think I've ever seen this used in an email. Only maybe if I was scanning a formal letter to send via email, but not in the email itself. It's just too formal although it's perfectly appropriate for any formal letter that you are sending.”

Bisous – ending a message with kisses is obviously something to keep for people you know well, but you will frequently see all types of message in a personal context ending with bisous or an abbreviation of it.

Camille says: “Just don't put xoxo at the end of your messages, French people don't know what that means and they won't get your intention. Stick with bisous.” WORKING IN FRANCE
Revealed: The best companies to work for in France 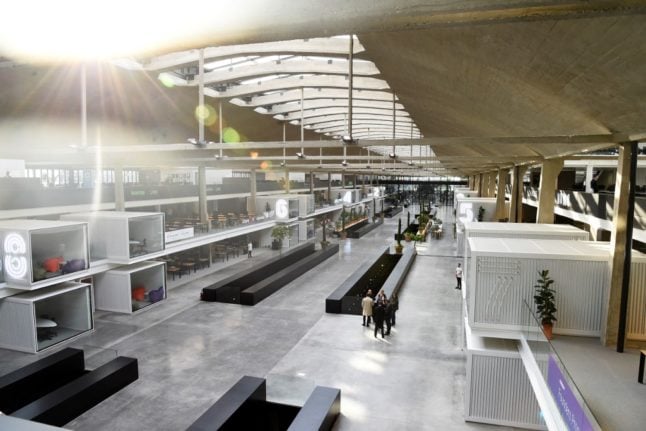 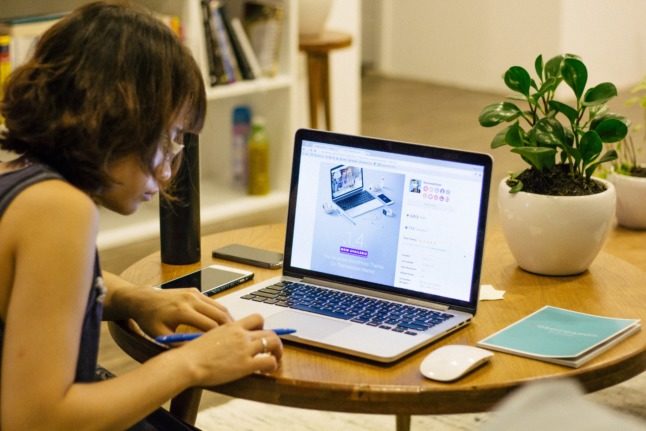 WORKING IN FRANCE
Starting and running a business in France just got (slightly) easier
Url copied to clipboard!