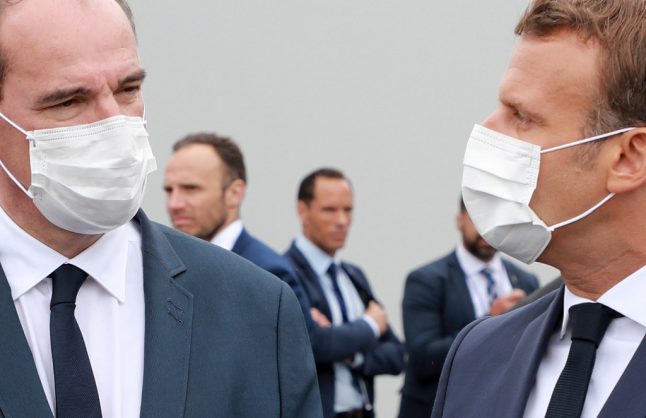 By spending a total of €100 billion in 2021-2022 the government will try and ease the negative impact caused by the two-month strict nationwide lockdown set in place to curb the Covid-19 spread in the country.

The money will be divided in three:

Some of the money features in rescue packages that had already been announced.

The French economy is set to contract by 11 percent of the GDP in 2021, but Economy Minister Bruno Le Maire last week said the number might need to be re-adjusted following a positive economic development over the summer.

The budget boost, a combination of new spending and tax breaks, is four times the amount France spent over a decade ago to deal with the global financial crisis, according to the government.

“Relaunching the economy and fighting unemployment is the plan's priority objective,” said Castex.

Unlike the post-2008 crisis response, much of the new plan targets the supply and investment side of the economy, namely businesses.

A third of the money, €35 billion, will go to businesses, according to France Info, who quote the prime minister's office.

“This plan is complete and will try to save our entire economy,” Castex said when asked whether the plan would not favour larger businesses over small.

Of the total €35 billion dedicated to businesses, 31 percent will me earmarked small and medium-sized businesses.

€20 billion will be spent on cutting production taxes.

Businesses will have to commit to a certain number of criteria set by the government to benefit from the funding, both regarding environmental policies and gender representation.

“France relance is first and foremost a plan to save the climate,” Castex said when presenting the plan.

Some €30 billion are earmarked for greener policies.

Another €2 billion will go to developing a circular economy, supporting biodiversity and modernisation of trash sorting.

NGOs have said this was too little, and called on the government to demand environmental commitments from companies in return for state help.

Over the medium term the government has pledged to use the money to stimulate investment in green technologies, and help some economic sectors such as health care become more competitive.

“This plan is not just designed to dress the wounds from the crisis,” Castex told Le Figaro daily.

“It lays the ground for the future.”

Another €35 billion will be spent on social cohesion policies.

“It will be massive investments in hospital equipment, accelerating the construction of internet and phone networks or building homes,” the prime minister told Le Figaro.

Some €6 billion of this money were already promised to the hospitals in the wake of the first large wave of Covid-19 infections in April.

The number of unemployed in France is set to increase by 10 percent by the end of the year as a total of 800,000 jobs will be lost, according to predictions.

Young people will be the hardest affected, according to France’s national institute for statistics, Insee.

€6.7 billion will go to a “plan jeunes” (plan young) that will seek to encourage businesses to hire 500,000 young people in the coming year.

€7.6 billion will be earmarked unemployment schemes and skills programmes to train people looking for work in new business forms as energy transitions.

The scheme knows as chômage partiel (partial unemployment), which will continue to exist albeit in a different form than during the lockdown.

The budget boost is separate from a €750 billion European Union plan agreed after acrimonious haggling in July.