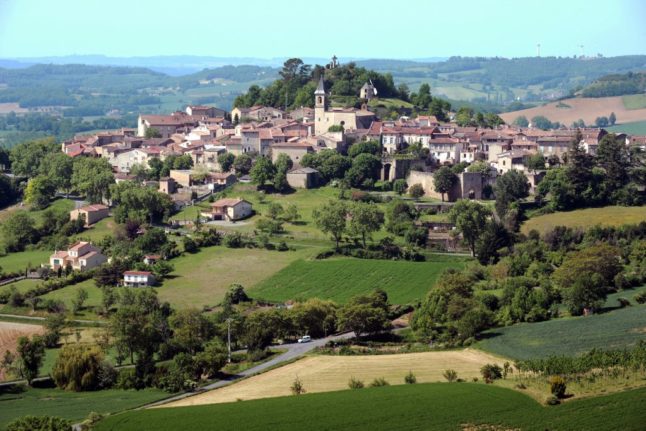 Second-home owners are now limited to 90 days in France. All photos: AFP

Thanks to its proximity, climate and relative affordability (not to mention the good wine and cheese) France has long been a favoured destination for British second home owners.

Some intend that eventually their second home will become their main residence – often by retiring to France – while others just enjoy spending prolonged periods of time in their French bolthole but want to keep their main home in the UK.

We’ve covered how Brexit affects those who plan to retire here, but what about people who want to just carry on enjoying long breaks in France?

READ ALSO How to retire to France

This has been in place since January 1st, but Covid-related travel restrictions for the first half of the year have meant that many people are only now being impacted by it.

The rule – the same one previously in place for all non-EU citizens wanting to spend time in EU countries – states that you can spend 90 out of every 180 days in the EU without needing to get visas or residency.

So people who like to spend long, relaxed summers in France, or those who enjoy spending the ski season whizzing down the French Alps, are finding that their plans are curtailed by Brexit.

This site has a fuller explanation of how the 90-day rule works, as well as a calculator to allow you to work out your visits.

A few things to note are;

But are there ways round this to allow for longer trips?

The 90-day rule is an EU rule but it is possible that France and the UK could come to a separate bilateral deal here. The UK operates the 180 day rule, where people can spend 180 days per year in the country without a visa or residency and they don’t have to divide them into two 90-day blocks.

This has raised hopes that a similar deal could be put in place for France and several campaigns are running to push for this.

While it could become a deal eventually it’s unlikely to be a priority for either government ahead of the many other Brexit-related issues, as well as the little matter of an ongoing pandemic, not to mention the fact that relations between France and the UK appear a little strained at present.

As things stand now, there are two options to spend more than 90 days at a time in France – residency or a visa.

There are lots of different types of visa available – see more on the topic here – but for people who intend to just take long holidays in France the best option is likely to be the visitor visa.

You will need to give assurances that you will not be undertaking any professional activity while in France, so this won’t be suitable for people who want to work remotely from their French cottage for a few months.

You will need to provide a lot of personal documentation including details of your financial situation to show that you can support yourself and will not become a burden to the French state, as well as proof of medical insurance and paying for the visa, which is between €80 to €99 depending on the type.

For the full guide on getting a visitor visa, click HERE.

The visitor visa lasts a year and while you are free to come and go between France and the UK during that year, you will need to apply for a new one each year that you wish to spend more than 90 days in France, or register for a visitor’s carte de séjour.

If you really want to spend long periods in France you may be looking at taking up French residency.

This is more than simply declaring ‘I’m a resident’. To become resident in France you will first need a visa, and then apply for a carte de séjour residency permit.

You will also need to file annual tax returns with French authorities, even if all your income comes from the UK, and register with the French healthcare system.

READ ALSO French tax declaration – what you need to know

You cannot be resident of two countries at once, so if you become a French resident you have to give up your British residency which has an impact on things like tax and access to the NHS. It’s worth pointing out that ‘residency’ in immigration terms is not the same thing as tax residency.

Hoping to slip under the radar/cheat the system

For non-EU nationals like Americans and Australians France has earned itself a reputation as being not too fussy about the exact exit date of people who aren’t working or claiming benefits in France, as long as it’s fairly close.

However we would suggest that people don’t rely on this. Unlike the pre-EU days, passports are now automatically scanned when you enter and leave the country, which makes it easy to spot over-stayers.

If you are caught over-staying your allocated 90 days you can end up with an ‘over-stay’ flag on your passport which can lead to you being deported and fined, as well as making it difficult to enter any other country – not just France – and is likely to make any future attempts at getting visas or residency a lot more difficult.