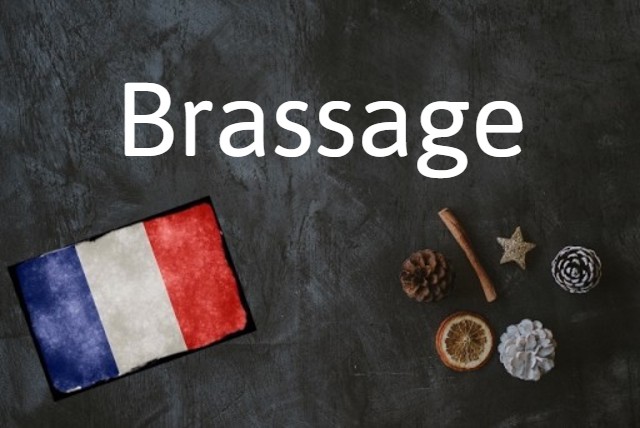 Why do I need to know brassage?

Because it does not always have to be about beer.

Brassage generally means 'brewing' from the verb brasser and is also the root of the term brasserie, traditionally a place that brewed its own beer.

But in some circumstances it has a wider meaning of 'mixing'.

The website of French dictionary Larousse gives it three distinct definitions: The making of beer, the action of stirring to mix something and the merger of social classes.

In this way, you can mix a lot of things, literally and figuratively, with this term. If a fan brasse air, it means that it circulates it, but if you are told that you are brasser de l’air, someone wants to tell you that you are talking hot air.

When involving people, it generally means “intermingle” (people from different groups for example).

Le brassage des élèves (the mingling of pupils) is also an expression often heard in schools implying that children from various ages and classes are being mixed up. It has a particular resonance this September as schools work out health protocols to create as little mingling as possible.

A lesser-known sense of the word is related to baking. Brasser la pâte means kneading the dough, so if you're a fan of the French version of Bake Off you might already know this.