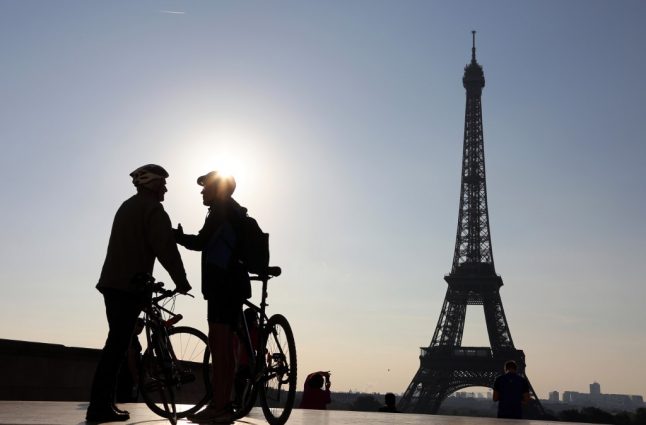 C’est simple comme bonjour (it is as simple as saying hello) is a popular expression that says a lot about what we, French people, think about greetings.

Bonjour is not just about saying hello, it is much more, almost a sign of respect. Knowing this will often give you a better service when entering a shop or a bakery and that otherwise you will just be perceived as a bad-mannered person.

“If you come to me with just a request, I am clearly going to think you see me as a robot that is just here to satisfy your needs and not as a human being that deserves a little respect,” warns Laura, a 24-year-old shop assistant.

me: walks into a shop in france without saying “bonjour mme/m

Saying bonjour implies that you are entering a new place that is most likely not yours and that you are aware of that.

“Personally, I feel like you can’t never say too much bonjour in a day. I probably hear and say it more than 20 times each day, but if we don’t it’s just rude no?”, asks Eric, 41.

Indeed, when you first discover France without being aware of this tricky bonjour thing, you are probably going to appear as the rude foreigner who does not bother to greet the people you are meeting.

In some Parisian cafés, the cost of the drink you order even varies depending on how polite and pleasant you were with your waiter, so don’t forget the (nice) bonjour before ordering an espresso!

In the professional world, skipping the bonjour part will also make you look snobby. If you start working in a French business, know that each morning you will have to go and say hello to your co-workers before starting your day.

“Honestly, it may be terrible to say, but if a colleague does not greet me in the morning, I’ll think he’s mad at me or in a bad mood and then, I will be the one in the bad mood, having been offended”, explains Laurie, a 33-year-old hairstylist.

Don’t worry if you work in a very big company, no need to go and see every employee, but pay attention to say bonjour to the people you work with on a daily basis.

The issue of bonjour has even reared its head in the recent case of British artistic director Ruth MacKenzie who has was abruptly dismissed from her job at the Theatre du Châtelet in Paris. While this is clearly a complicated case with a lot going on, one of the issues that staff had apparently complained about was that she did not say bonjour enough. Slight exception: if you meet someone in the corridor or in the elevator say hello or at the very least, nod and smile, that you know the person closely or from afar, otherwise it can quickly become awkward.

Same thing goes with your neighbours, don’t forget to say bonjour when you stumble upon them to maintain a cordial relationship.

“I like that it’s something we still have, even young people carry this tradition because it is implicitly taught at school, it’s a very natural thing to say, more than merci I think”, tells Ariette, a retired History teacher.

It's worth noting that the bonjour also depends on the time of the day! Anytime, before 6pm use it, but after that, you'll have to switch to bonsoir.

[Although not all French people agree with this time rule, see here for why even the French can't explain when bonjour becomes bonsoir]

Technically the only place where a bonjour is not needed is in the streets (if you don’t meet anyone you know).

So, when you know you are going to interact with another human being, say hello before asking anything and when in doubt, just say bonjour.