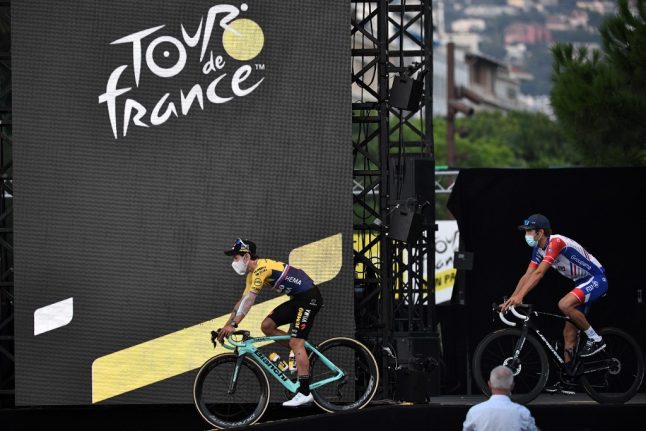 Brailsford's assessment comes a day after France put Nice, the start town for the 21-day jaunt around France on a Covid-19 red zone list and one of the competing teams Lotto reported the Tour caravan's first 'non-negative' PCR swab tests.

Brailsford heaped praise on ASO, the organisers of a race originally slated to start in June but which embarks from Nice on Saturday.

“ASO particularly deserve a lot of credit,” he told a conference with the reduced Tour press corps. “They have been terrific.”

“They have been working really hard. We have worked closely with them on this for months and they really have done everything possible to make it work.” he said.

Brailsford dismissed the suggestion that he would try and get one of his team into the leader's yellow jersey as soon as possible in case the race was abandoned.

“We don't know, nobody knows, but we have our strategy and it's based on three weeks, like every other Tour before,” he said.

“If there comes a point when it becomes too much of a risk for riders and teams, to society in general, then people need to take that on board as well,” he said.

“(The Tour) is important for sport and important for society, but equally we all need to be responsable in our approach,” said the 46-year-old Briton.

Brailsford said that prior to Covid-19 his team already operated a strategy he called 'zero days' aimed, in part, at reducing the possibility of riders catching an infectious illness.

“We haven't shook hands for years, even fist bumping. No TV controls nothing. Its amazing to what extent you can minimise risk if you change your behaviour,” he said.

Brailsford said his 2020 team had huge potential despite dropping Chris Froome and Geraint Thomas from the roster.

“You can never look back,” he said.

“Now, I'm very excited about this young team with an experienced support cast.”

“Egan deserves the leadership. He's a brilliant rider, a huge talent,” he said of Bernal, who won in 2019 as the youngest man in the peloton.

“He's the sole leader and that is clear and simple.”

Much has been made of Ineos, bearing the name “Grenadiers” on their shirts, having a serious rival in the Dutch outfit Jumbo-Visma, but Brailsford said this missed the point.

“The Tour is contested between the great riders rather than the big teams, he said.

Bernal himself said he was ready to defend his title, and smiled when asked about his chief rival Slovenian Primoz Roglic.

“He was the strongest in the build up, we'll have to be careful with him,” he said.