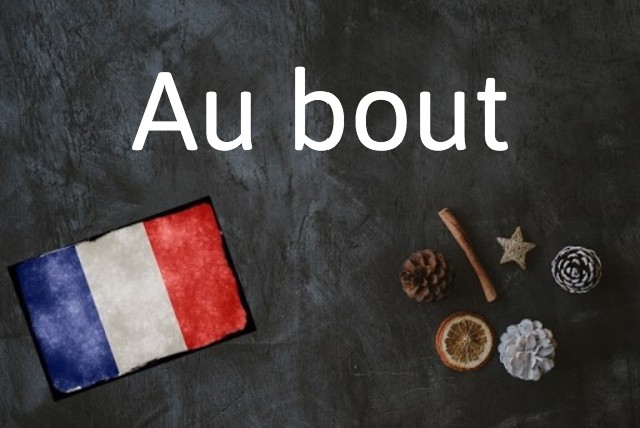 Why do I need to know au bout?

Because dramatic flair is pretty important in France – and in the French language.

This is a slang expression and it's usually accompanied by de ma vie – au bout de ma vie means 'at the end of my life'.

Not to be used literally, this means that you are exhausted and tired, maybe even a little sick of the world.

For example, if you have had a long week and you're swamped with work even though it's Friday afternoon and you're practically dying to go home and put your feet up, you could exclaim:

Really it means 'I'm exhausted' or 'I can't take it anymore'.

It's usually thrown out in exasperation and it's a good expression to use slightly ironically. No one will think you're actually dying, but it will definitely earn you sympathy points.

A good alternative to au bout de ma vie is au bout du rouleau, which means 'exhausted' or 'burnt out'.

You can also shorten it to simply, je suis à bout and linger on the boooouuuuuut (however this is slang).

READ ALSO: The 10 best French expressions for the everyday exasperation of life

You can also use it on others:

Don't mistake it for this..

Here, au bout reflects a set goal rather than a personal state of mind.

For example, before a football game the captain might shout:

On continue jusqu'au bout de la rue ? – Shall we continue all the way to the end of the road?