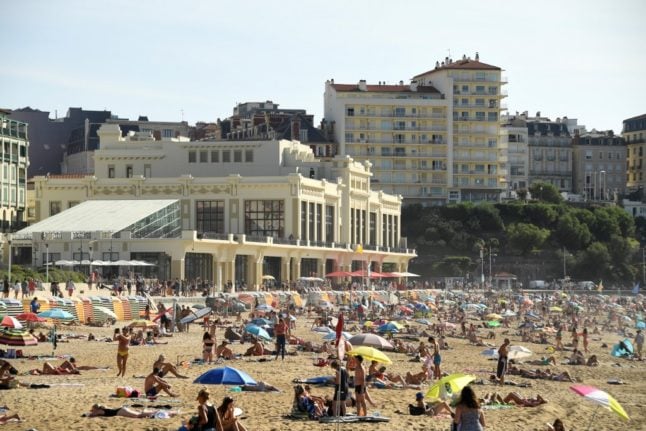 As the number of cases continues to rise, French health authorities are releasing increasingly detailed data on who is represented among the new patients, in the hope that this help the country to regain control over virus.

But what can we say about who is testing positive for the virus?

One of the biggest trends that we can see is the age of people testing positive for the virus and here younger people are heavily represented.

Here we see at least in part the impact of more widespread testing. At the height of the epidemic in March and April only seriously ill patients were being tested. This meant that younger people, who tend to have milder symptoms, barely featured in the official statistics.

Of the people who are now testing positive in France, around half have either no symptoms or very mild symptoms.

However it could also be the case that over 75s who are more vulnerable to the virus are continuing to be more cautious than younger ones. One of the big worries that public health officials have is that younger people will infect their elderly friends or relatives, which will lead to an increase in the numbers of people being hospitalised and dying with the virus.

We can also see where people are being diagnosed with the virus and where the hotspots are emerging. There are now 21 départements that are classed as 'red zones' with high levels of new cases. An area becomes a red zone if there are more than 50 new cases per 100,000 people diagnosed in the last seven days. It does not take into account hospital patients of death rates.

Looking at the map of French red zones shows a clear trend towards two areas – the Paris region and the French Riviera.

But the case numbers probably have more to do with population density than there being anything intrinsically unhealthy in those two areas. The first two areas to turn red were France's two biggest and most densely populated cities – Paris and Marseille.

The Riviera is always a popular spot for the millions of French people who take their holidays in August and this year many parts were busier than ever as restrictions on foreign travel meant that more people chose to holiday in France.

Other 'hot spots' are also centred around big cities, such as the Gironde département that contains Bordeaux and the Rhône département that houses Lyon. In fact, of France's seven biggest cities, five of them are now red zones.

There has been much speculation that it is the relaxed behaviour of holidaymakers that is leading to more cases, with too many people cramming into bars or holding house parties. This may be the case but there isn't much data to prove it one way or the other – while the Riviera has seen a high number of cases other holiday hotspots like Brittany are not on the red zone list.

There is also much concern over exactly where people get infected and which activities pose the greatest risk.

French health authorities are tracking clusters, which can give some guidance, but only around 20 percent of cases can be connected to a cluster, so this does not give a complete picture by any means.

Of the cases that can be tracked to clusters, the biggest share – 32 percent – can be traced to the workplace.

There has been concern about the safety of offices as more people prepare to return to work in September, but in fact offices do not represent the highest risk for workplace.

READ ALSO Which workplaces have the most Covid-19 cases?

The other largest groups were factories (including slaughterhouses) and workers in the hospitality industry with office workers lumped into the 'other' section of the data.

Within the clusters, the second largest group (28 percent) were linked to social gatherings, which includes everything from bars and unauthorised outdoor raves to granny's birthday dinner.

But what about the 80 percent of people whose cases cannot be linked to clusters?

There is little official data on this, with health minister Olivier Véran saying that these cases are contracted from 'daily life'.

Prime minister Jean Castex, in his press conference on Thursday, said that “most of the spread [of cases] occurs in private,” not public spaces, and asked people to refrain from gathering in large groups, including within the family, to avoid spreading the virus.

This is something that local authorities will be looking at closely as they take decisions on whether to close public spaces such as bars and cafés.

General international scientific consensus is that outdoor spaces represent a much lower risk than indoor ones, and authorities in Paris have decided to prolong a decree that allows cafés to expand their outdoor terrace areas to allow more people to sit outside.