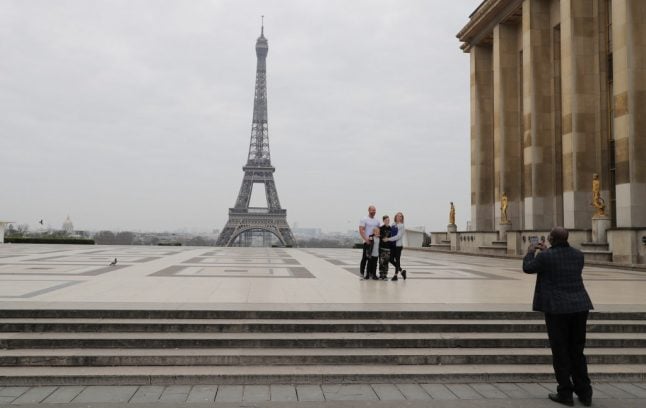 Paris has been emptier than usual these past months. Photo: AFP

Because of Covid-19, 14 million less tourists came to the French capital in the first six months of the year compared to last year, said Valerie Pecresse, the right-wing president of the greater Paris region Ile-de-France.

“Tourism is an extremely precious economic activity for Ile-de-France which represents 500,000 jobs and 7 to 8 percent of regional growth,” Pecresse said at a press conference.

“For the past four years, we had been announcing record number of visitors. So it is with great sadness that we have seen the pandemic shatter an extremely dynamic and flourishing sector,” she said.

Tourists from abroad tend to spend between twice and three times as much as those who live in France, meaning that the fall in income was that much sharper.

Half of the region's businesses expect an improvement of affairs by the end of October, thanks to French clients and tourists from neighbouring European countries.

But the 80 percent drop of reservations for long-haul flights means many entrepreneurs remain wary.

Paris and its region are a safe destination, Pecresse said Thursday, adding that she was dismayed to see that Germany and Belgium had marked the region as a risky destination.

France's Prime Minister Jean Castex announced on Thursday that face masks will become compulsory throughout Paris after a recent surge in cases.

Masks are already obligatory on public transport nationwide and in most enclosed public spaces.