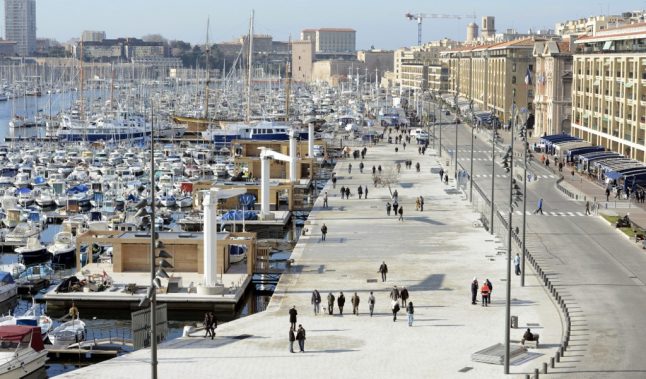 The area around Marseille is one of 10 départements in France that are now 'red zones' because of the number of new Covid-19 cases that they are reporting.

The designation as a red zone gives local authorities extra powers to impose restrictions if they feel it is necessary, but so far few have done so.

Now Christophe Mirmand, the Préfet (Prefect) of the Bouches-du-Rhône area, has announced that all restaurants and bars will close from 11pm, curbing the vibrant nightlife that is a feature of Marseille.

He has also announced that masks will be compulsory in all outdoor areas of the city of Marseille, following in the footsteps of Toulouse and Nice, which have introduced the same rule.

Mirmand said he hoped his measures would be seen as proportionate and he did not want to be seen as “bullying” the population.

READ ALSO MAP: Where in France are Covid-19 infections rising?

He told FranceInfo: “The biological indicators available to us testify to the difficulty we are facing – an increase at the regional level in the incidence rate for new cases of Covid, which is about 90 per 100,000 inhabitants, but with much higher figures in the Bouches-du-Rhône department, where the incidence rate reaches 131.4 per 100,000 inhabitants.

“This is a situation that therefore justifies action.

“When these figures are analysed a little more closely, this increase is seen more particularly in the young adult population.

“This is therefore a good indication of a situation that is becoming more difficult and worsening, and which therefore requires that preventive measures be taken at the local level to avoid the risk of a wider spread of the virus. And this is why I would describe the measure I took as appropriate.”

All bars, restaurants and food shops in the département must now be closed between 11pm and 6am.

Local authorities in Marseille strongly oppose the new rules, which they say will have a negative economic and psychological impact on the city, especially on the hospitality sector which was badly hit by the lockdown in the spring.

“We are still in summer time, it is still very hot, there are people here with small, even unsanitary apartments. We cannot ask people not to gather,” newly elected Mayor Michèle Rubirola (Green Party) told French media after the decision was made.