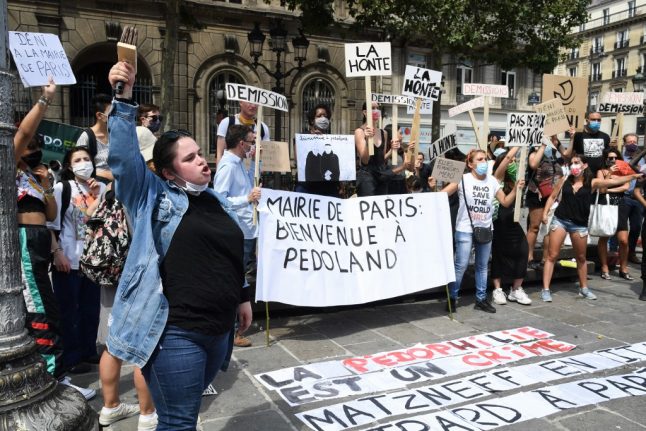 A preliminary probe against Christophe Girard has been opened into alleged “rape by a person in a position of authority”, Paris prosecutor Remy Heitz said in a statement.

The probe has been opened swiftly after the New York Times reported the allegations of a now 46-year-old man that Girard had sexually abused him over nearly a decade after they met in Tunisia when he was 15. He claimed that Girard sexually abused him when he was 16, and then coerced him into sex on about 20 further occasions over several years.

The prosecutor's statement said that the investigation would aim to determine if the allegations “could be characterised as a crime” and also, given that the alleged events date back several decades “if the statute of limitations applies to them”.

Girard resigned as deputy to Mayor Anne Hidalgo in July after opposition politicians and women's groups demanded his suspension over ties to Gabriel Matzneff, an award-winning writer who has never hid his preference for sex with adolescent girls and boys.

Girard, in a statement issued by his lawyer Delphine Meillet on Sunday, rejected the accusations “with the utmost firmness”.

Girard, who was in charge of cultural affairs for the Paris government until his resignation, was questioned in March in connection with an ongoing investigation into Matzneff following claims by author Vanessa Springora of an under-age relationship with her.

Matzneff is to stand trial next year on a charge of justifying paedophilia, and prosecutors launched a rape investigation the day after Springora's bestselling book “Consent” was published.

The case of Matzneff is seen by campaigners as a key test of whether France is serious about cracking down on sexual abuse of minors after many years of what critics say has been turning a blind eye to the issue.