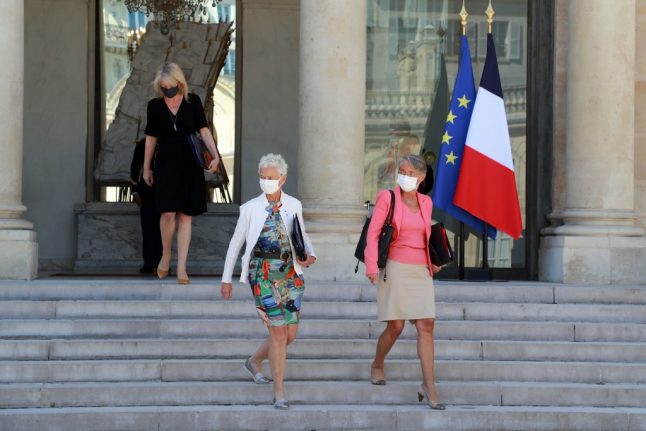 Labour Minister Elisabeth Borne announced the new rule on Tuesday during a meeting with unions and business representatives.

Face masks will be compulsory in all workspaces, except inside individual offices, according to France Info.

Employees will have to wear a mask at all times when moving around inside the workspace.

It will be up to the employer to ensure that all employees have access to face masks, although the labour minister said she urged businesses to favour remote working when possible.

Borne already revealed the key points of the new plan to the Le Journal du Dimanche.

“The virus is circulating much more actively today than it was a few weeks ago.. We must take the consequences,” Borne told the paper.

France has seen a surge in the number of new coronavirus cases, with daily tallies tripling over the past three weeks.

Research into France's hundreds of Covid-19 clusters has outlined revealed workplaces – not parties and other gatherings – are believed to be the main source of contagion.

As the French holiday season approaches its end, the government aims to ensure a safe return to work to kickstart the country's reeling economy and prevent a second wave of infections so big that it would need a new round of lockdown to get it under control.

Mask-wearing in open spaces, but also remote working when possible will feature among the key measures in the new plan.

Borne told Le Journal du Dimanche that the new protocol would continue to recommend anyone who could to work from home.

“Especially vulnerable people, and because this permits companies to limit the number of employees present at the same time in the business,” she said.

Ensuring a 1 metre distance between employees would continue to be mandatory in the new plan, she said, as “no scientist had asked the government to go back to 4 square metres,” which was the requirement in the original protocol.

“There is therefore no reason to question the current rule of distancing,” Borne told the JDD.

She also said she would enter into discussions with the national health department regarding the efficiency of installing plexiglas between desks in open plan offices or work spaces.

However remote working “must be put in place whenever possible in zones where the virus is actively circulating. All areas are not in the same situation.”

Paris and Marseilles were both on Friday bumped up to the highest level of Covid-19 alert by the health ministry, giving local authorities extended power to limit access to public transport, close down bars and restaurants or introduce rules on mask-wearing in the city centres.

Borne mentioned Paris as an area where the “transport situation” was not “identical” to a small town.

The new health protocol will enter into effect from September 1st.