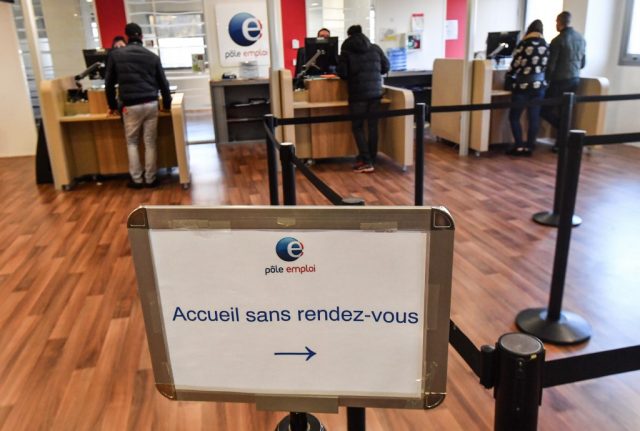 British people lost their status as EU citizens on January 31st when the UK left the EU, but under the terms of the Withdrawal Agreement keep the majority of their rights – including the same employment rights – until the end of the transition period, which falls on December 31st, 2020.

This means that, at present, employers face no extra paperwork when employing British people and there is no requirement to present a residency card when looking for work.

However the confusion over the status of British people has already lead to some people being wrongly asked to supply extra paperwork in relation to employment, driving and receiving benefits.

READ ALSO Brexit confusion: British man told his right to live in France is about to expire

And now several people have reported job adverts either specifically limited to EU passport holders or stating that British applicants will not be considered.

Julie Hall from citizens' rights group Remain in France Together (RIFT) said several members had spotted this, particularly in adverts for temporary jobs in ski resorts.

She said: “Many ski resort businesses are beginning their recruitment drive for this winter. Unfortunately the guarantees of the Withdrawal Agreement are widely misunderstood, and many advertisements are preventing UK passport holders from even applying.

“Article 12 of the Withdrawal Agreement prevents discrimination against UK passport holders who are resident in France.

“Frustratingly, some of these ads appear to come from British-owned businesses.”

People who are already resident in France before December 31st 2020 are covered by the Withdrawal Agreement which guarantees many, although not all, of the rights that British people enjoyed under Freedom of Movement.

Find out more about what changes after the end of the transition period here.

The French Interior Ministry states: “British nationals and their family members who started working in France before December 31st 2020 will not need a work permit.”

However despite most people living in France having the right to remain here, they will have to apply for a residency permit – known as a carte de séjour.

The French government has set up a special online portal for British people to apply for this. The portal was due to go live in July, but was delayed until October because of the backlog of immigration requests due to the lockdown.

British people have until July 2021 to make their application and until then are legally permitted to live – and work – in France without needing a carte de séjour.

However it seems that the complicated situation of Brits has lead to some employers deciding they are just too much hassle.

While some of the job adverts spotted merely specified EU passports, others specifically said that British passport holders would not be considered.

RIFT has also received correspondence from a member stating that his application could not be considered based on his passport. Julie said: “If you have been refused an interview or employment based on your British nationality, Rift recommends following the French government here.”

The Local has previously reported on British people living in France who have been asked by officials to supply extra paperwork, residency cards or French driving licences.

These cases were down to errors on the part of local officials, but highlights the widespread confusion around the exact status of British people, who are no longer EU citizens but who maintain many of the rights of Europeans.

READ ALSO What is the Withdrawal Agreement and what rights does it give me?