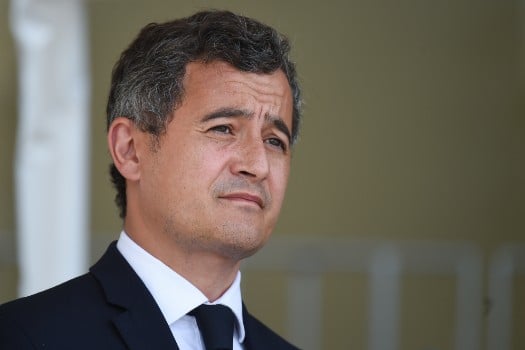 Three men originating from the Russian region in the northern Caucasus were detained after being found in the northeastern French town of Saint-Dizier with a vast stock of cold weapons including knifes, clubs and a sabre.

They have been accused of organising an armed act of revenge and are due Sunday to appear before an investigating magistrate who will decide whether to press charges.

“No community on the soil of the republic can take the law into its own hands,” Interior Minister Gerald Darmanin said on a visit to Saint-Dizier, hailing the police for “avoiding the worst” with their intervention.

The Chechen community in France, many of whom are exiles who have sought refuge from the rule of Chechnya's pro-Kremlin strongman Ramzan Kadyrov, have been under intense scrutiny in France after successive nights of violence rocked the eastern city of Dijon in June.

An assault on a 16-year-old Chechen there prompted other members of the community to stage reprisal raids in a restive neighbourhood in Dijon with a large community of north African origin.

The prosecutor for the wider Chaumont region Frederic Nahon said a criminal probe would be opened for illegal transport of arms and organisation of a criminal group over the Saint-Dizier seizure.

The men are suspected of heading to Saint-Dizier in search of revenge after a 30-year-old Chechen man was lightly injured in a fight in the town on Thursday.

“Most of the Chechen community are asylum seekers or have asylum” in France, said Darminin, who headed to Saint-Dizier to thank the police for heading off potentially violent clashes.

“However, having asylum does not give someone the right to stir things up, settle scores or to attack the lives of each other,” he added.

He said he would ask the authorities to “look with a different eye” on asylum requests from individuals implicated in such cases.

There are no precise figures on the number of Chechens living in France as they are included with other Russian passport holders.

The government was heavily criticised by the far-right National Rally party for being slow to respond to the Dijon violence, whose scale horrified France.

Security in Saint-Dizier has already been reinforced, local authorities said.

SEE ALSO: Guns, Chechens and reprisal raids – what is going on in Dijon?